President Jonathan’s latest desperate move to occupy Aso Rock for the next 4 years is attracting outrage from the International community. 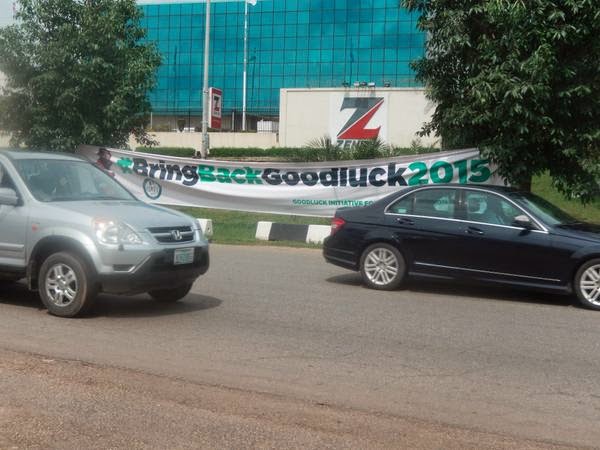 Read what Washington Post wrote about BringBackJonathan2015 campaign below:

It was the social media campaign of the year. #BringBackOurGirls awoke the world to the ravages of Boko Haram, an al-Qaeda-linked terror group in Nigeria, and the plight of the millions of people who live in the midst of their insurgency. At the heart of the message were hundreds of missing schoolgirls, abducted in April from the remote village of Chibok by Boko Haram fighters, who vowed to make them into slaves.

The #BringBackOurGirls hashtag channeled both sympathy from abroad and local outrage and concern in Nigeria, with many angry at the government of President Goodluck Jonathan for being unable to free the captured women.

But four months later, the girls have yet to be brought back despite the efforts of the Nigerian military as well as U.S. counter-terrorism forces deployed in neighboring Chad. More than 200 girls remain missing in suspected Boko Haram captivity. Others have perished from snakebite, illness and deprivation in the wild.

Boko Haram itself has continued its slaughter this summer, and seized more territory in the country’s restive northeast. Over the weekend, it stormed towns along Nigeria’s border with Cameroon, killing dozens of innocents.

Nigerian forces are now fighting Boko Haram in pitched battles around Maiduguri, the capital of Borno state, the main hotbed of Boko Haram’s operations. The U.N. reports that at least 1.5 million people have been displaced by the conflict since Jonathan’s government declared a state of emergency in May.

But the gravity of the moment hasn’t stopped some in Nigeria from appropriating the tragic hashtag for rather cynical purposes. Banners emerged in the capital Abuja over the weekend showing Jonathan alongside a new slogan: #BringBackGoodluck2015. The campaign appears to be the work of supporters of the president, keen for his reelection in presidential polls next February. It’s not clear whether Jonathan has officially endorsed the new hashtag, but its seeming ubiquity suggests that he is not opposed to it.

The group sponsored by Jonathan is not backing down on the controversial campaign, the posters have reached Osun State and some people said they saw it in Lagos state too.

Continue Reading
You may also like...
Related Topics:bringbackjonathan2015, Campaign, jonathan