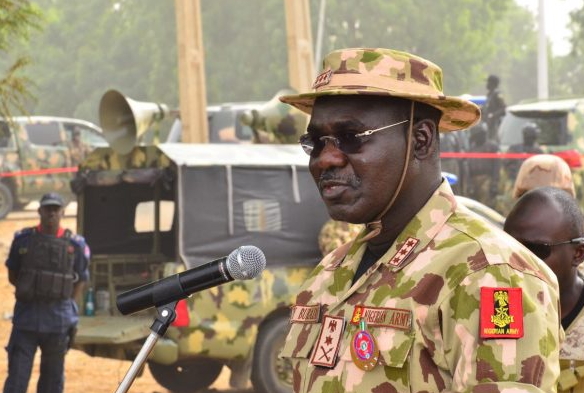 The British government has warned against “non-democratic” change of government in Nigeria, amid speculations about military coup as concerns grow over President Muhammadu Buhari’s health.

“The British government believes that democracy is actually critical in Nigeria,” the United Kingdom High Commissioner to Nigeria, Paul Arkwright, said on Wednesday. “There are elections. If you’re not happy with your leaders then you should change your leadership through the democratic process and through elections.”

The High Commissioner spoke on the sidelines of an event held in Abuja to formally launch a new report on corruption in Nigeria which was put together by UK policy think-tank, Chatham House.

His comments came a day after the Chief of Army Staff, Tukur Buratai, warned of undue interactions between Army officers and politicians, as concerns mount over Mr. Buhari’s health.

The president traveled to London last week for medical treatment for an undisclosed ailment, just over a month after returning to Nigeria from an extended medical leave abroad.

“Any officer or soldier of Nigerian Army found to be hobnobbing with such elements or engaged in unprofessional conducts such as politicking would have himself or herself to blame,” the Army said in a statement signed by its spokesperson, Sani Usman, a brigadier general.

Although the statement cited “political reasons” as grounds for the purported discussions between some military officers and politicians, it was silent on the specific discussions that took place or the individuals involved.

But earlier in the week, military sources had informed Premium Times that the Army leadership was unsettled by growing speculation of possible coup de’tat by officers within its rank and file.

Premium Times further learnt that Mr. Buratai, a lieutenant general, had raised the issue with Acting President Yemi Osinbajo and promised to nip it in the bud.

The alleged plot might also have informed Mr. Buratai’s decision to shake up Army formations with random transfer of senior officers last week.

The UK envoy, Mr. Arkwright, while recognising the rights of citizens to agitate for a more tolerable living condition, said the United Kingdom would only encourage a change of power through the ballot box.