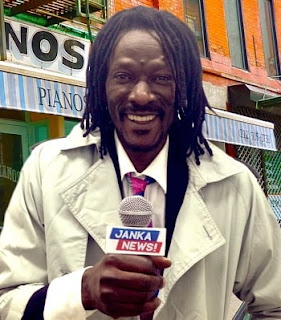 The King Of Bubu Music is dead.

Famous Sierra Leonean Traditional musician Ahmed Janka Nabay has died. He died in his hometown of Kambia in Northern Sierra Leone on Monday.

The dreadlocked artist passed away yesterday at the age of 54 months after relocating from his base in the United States..

According to his band colleague Pa Fullah, Janka who relocated to the United States in 2003 returned home last year to reunite with his people. He died of natural causes at the age of 54 on Easter Monday morning.