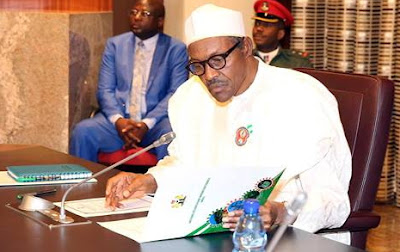 Some Nigerians see things through the perspective of geography, tongue, faith and politics. It is normal in a complex society and also in a year billed to witness so much game of politicking.

However, a good number of Nigerians see things through the prism of national interest no matter what the situation is. Using the later, one can say no administration in Nigeria from 1999-2015 has neared the achievements of the Muhammadu Buhari government within two and a half years of its first term in office.

Errors and mistakes were made by the Buhari government, this is normal in a large and promising democracy, but the Buhari government has done very well in the two fundamental areas upon which it rode to power-neutralize Boko Haram senseless war and put a stop to official corruption.

Systematic and systemic approaches to propagate the president and his government´s activities are needed. Very few Nigerians know that: Nigeria’s foreign reserves have peaked at $40b, the highest level in about four years, and up from $24 billion just a year ago.

The nation is saving 24.7 billion naira monthly with the full implementation of the TSA. The capital inflow in the second quarter of 2017 is about 1.8 billion dollars. The Nigeria’s stock exchange has risen to 40,000 points for the first time since October 2014.

The non-oil sectors exports are up 70% year-on-year and manufactured goods exports are up 22% year-on-year. Power generation is at an all-time high of 7,000mw from a mere 2,000mw just as 25 major highways across the six geo-political zone are being funded with the N100b Sukuk Bond.

Despite these sterling performances, we cannot hide from this fact- Buhari is human, he has made mistakes as well as committed errors but they are correctable. President Muhammadu Buhari always at every time will admit his errors and corrects his mistakes.

We must also know that in a true democracy, no successful president ever spends only one term in office. Any political party that denies its incumbent president the opportunity to seek a second term, the party has already adjudged itself and the president a failure.

President Muhammadu Buhari and Vice President Yemi Osinbajo have a constitutional right to seek for a second term, while Nigerians have the citizen rights to elect whoever they want.

About the author: Zayyad I. Muhamma writes from Jimeta, Adamawa State]

Continue Reading
You may also like...
Related Topics:achievements, Buhari, nigeria