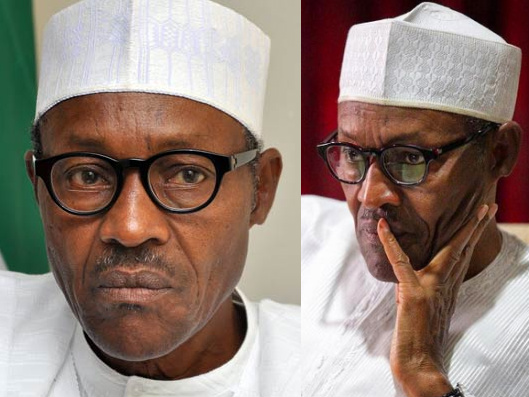 Yesterday Buhari talked at length on his concern on the ongoing NASS crisis. In an exclusive chat on Good Morning Nigeria on NTA, President Buhari said he will not include compromised citizens on his ministerial lists.

PMB also said he is extremely worried that some key APC leader in the National Assembly has given power back to the PDP to take over his government.

See transcript of his message on the ongoing National Assembly Crisis:

“We will try as much as possible to avoid appointing hostages; by this, I mean people who have been in the system but compromised their personal and professional integrity,

From what I have seen so far, we need very patriotic Nigerians (to be ministers); Nigerians that can work very hard with knowledgeable experience; committed Nigerians to be in charge of ministries.
“A lot of institutions in Nigeria are compromised, everybody for himself and God for all of us. It is most unfortunate. We have people, educated and experienced people, but everybody seems to be working for himself on how much they could get away with as soon as possible.

“We have to look for technocrats and politicians. We have to look out for decent people in this class to give them the responsibility of being in charge of ministries and important parastatals.

“The worst thing that I think can happen is to get a compromised person to be in charge of institutions. There is no way he could be efficient or patriotic. Somebody behind the scene will be manipulating him at the expense of the nation.
“This is what we are trying to avoid and I assure you that so much damage has been done to Nigeria. We cannot rush to give this responsibility to people that have unfortunately been compromised.

“This is because there is no way you can effectively supervise, let’s say 20 ministries, you have to give it to people you trust and you allow them to perform according to the Constitution of the country. If you appoint compromised people, then we will be back to square one and Nigeria will be the loser.”

Buhari said that the All Progressives Congress’ members in the National Assembly, by their conduct and the ongoing leadership crisis in the legislature, were allowing the Peoples Democratic Party to take over his government.

He said, “I have to be very sensitive to the Constitution of the country. I do not like to be told by anybody, especially the legislators that I am interfering in their matter. There are three arms of government: executive, legislature and the judiciary.

“Over the last 16 years, they (lawmakers) have developed the system of choosing their leaders. There is no way I can directly interfere. All I can do through the party is to appeal to their conscience that what I already observed, we should go over it as soon as possible.

“When I say ‘we’, I mean the APC. We cannot win the battle and lose the war. We must not allow individual personal ambition to succeed in dividing us and allow PDP to deal with us.

“This is what the National Assembly has allowed so far; the APC is giving the PDP the allowance to take over the government again. This is extremely disheartening, I am very worried.

“The only thing I can do is to appeal to the conscience of the APC members in the Senate and House. It took us time to get to where we are; I don’t want personal ambitions to scuttle our success and therefore fail to deliver on our promises to the nation.”