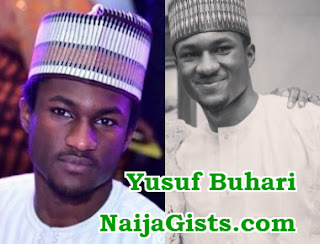 January 8, 2018 – DSS Security Operatives Dismissed For Allowing Yusuf Buhari To Sneak Out For Bike Racing At Friend’s Place The Night He Had Accident

Yusuf Buhari Bodyguard, DSS Security Operatives Who Allowed Him To Go For Bike Race At Friend’s Place On Day Of Crash Dismissed

The only son of President Buhari who had a security bike accident on boxing day is still in serious condition at the hospital.

According to Daily Post, Yusuf, who is attached with three operatives from the Department of State Service (DSS) reportedly struck a deal with his security details, who allowed him to always sneak out in the night for racing at Gwandu’s place.

The operatives, against their pattern of operation and procedure of duty perpetually rolled out their daily reports without that aspect of Yusuf’s movement, the compromise that got President Buhari seriously infuriated.

We however learnt that the three operatives have since been shown out of the service.

A source at the yellow house, who confirmed the development said the affected operatives were first suspended indefinitely and later dismissed.