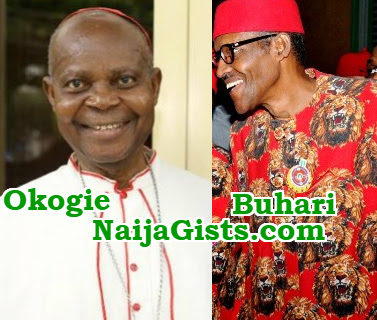 In is reaction to the subtle plans by President Buhari to run for a second term, Cardinal Okogie said it is an insult on Nigerians, judging the President’s woeful performance since assuming office almost three years ago.

In an interview with New Telegraph over the weekend, Cardinal Okogie advised 75-year-old Buhari to let go of his political ambition and retire from politcs at the end of his first tenure.

“What has he done in the years he had been in the saddle? He has performed woefully; that’s the verdict of Nigerians. Let the president respect himself and retire quietly.

Coming out to talk of 2019 is insulting not only to those who voted him to power but to all Nigerians. There are so many problems confronting the people and he should be thinking of what to do about them. For second term, he must be a joker.

That is all I can say for now because I don’t want to dignify them with a lengthy statement. It is not worth it”.

Continue Reading
You may also like...
Related Topics:Buhari, cardinal, okogie