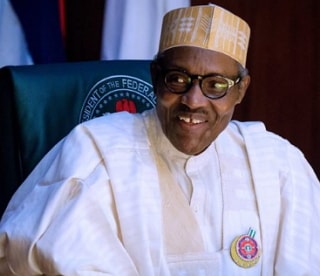 The Nigerian media is bad and unpatriotic in the eyes of some people in the corridors of power. Theirs is adversary journalism and a sad reminder of Janet Cookie journalism that thrives on falsehood and misinformation so they assume. If statements credited to public officers suffer backlash, the press becomes the scapegoat and is labelled as an adversary. We are often criticised as the bad guys. And we are tutored on how patriotism reflects in reports filed by foreign journalists for their media organisations.

It is for this reason that the handlers of President Muhammadu Buhari would rather blame the media for ‘twisting’ the derogatory remark made by the president about Nigerian youths at the Commonwealth Business Forum in the United Kingdom, which was attended by Heads of State and Government of 53 nations.

“More than 60 per cent of the population is below 30. A lot of them haven’t been to school and they are claiming, you know, that Nigeria has been an oil-producing country, therefore, they sit and do nothing and and want to get housing, healthcare, education free,” the president said. Beyond semantics, there is nothing wrong in what the media reported. It would have been mischievous and junk journalism at its worst if the media had reported that the president said all Nigerian youths are lazy.

Whether it is the phrase “a lot of them,” or “all of them,” the fact remains that Nigerian youths were being referred to by the president. What most people quarrelled with is the use of international platform to deride our youths, who played a pivotal role in the election of the president and have nothing to show in return for their efforts. If the majority of Nigerian youths are lazy, what are the policies formulated by the Buhari-led administration and specifically targeted at the youth to encourage the ‘lazy bones ’realise that bread won’t rain down from heaven for them if that indeed was their expectation? Over the years, the youth have continued to bear the brunt of governments’ inefficiency and large scale corruption that have plunged the country into this sorry state. The president is part of the conspiratorial gang-up against the youth except if he can tell us what his administration has done since he came on board beyond the recurring narrative of we met many problems on the ground. Leaders are expected to solve problems and not finding excuses.

There is a problem if utterances made by public officials require further explanations and clarifications either by them or their aides. And this explains why the rebuttal by the president’s Special Adviser on Media and Publicity, Mr. Femi Adesina, became necessary. A section of the media can be reckless and irresponsible with their reportage but not in this instance. Rather than blame the media when their utterances backfired, our leaders should realise that they don’t have to verbalise everything. I have realised long ago that there is much wisdom in saying less than necessary. There is always danger when one tries to impress people with words.

There is possibility of saying something foolish that will make one vulnerable and open to attacks from all sides. Powerful people say less. Unbridled lips will breed trouble and attract condemnation. The media practitioners are also the bad guys with their reportage of the incessant killings by the herdsmen. We have been accused of heating up the polity with the reports that give us out as unpatriotic and our reports, we have been told, are bad enough to scare investors away. I once attended a forum where a government official accused the media of bias against the herdsmen. When cows are stolen and herdsmen are killed we tuck them inside the pages of newspapers but reprisals always find ample space on the front pages, he told us.

He however soon beat a retreat when asked to substantiate his claim with evidence. But from that moment, I begin to understand why the government may not have the political will to tackle the problem and halt the killings that have become a daily routine since the beginning of the year.

The perennial barbarism has turned different parts of our country into killing fields. The security agents have no clue on how to stop the absurdity. Except if we choose to beg the issue, the president is overwhelmed. From Benue, Taraba, Nasarawa to Edo nowhere seems to be safe from the rampaging herdsmen who attack defenceless citizens with growing impunity and venomous rage. The conspiracy is grand. And there is no convincing evidence that the government is genuinely concerned to halt these perennial and avoidable bloodbaths.

The killers even go after women and children. I had in January written that the living were even afraid of burying those killed by the herdsmen for fear that the funeral party may be brazenly attacked by the marauders.

If my position was an exaggeration, I have been vindicated by the killing of two priests- Fr. Joseph Gor and Fr. Felix Tyolaha and 15 other parishioners on Tuesday at a Catholic church in Mbambondo, Ukember Agya in Logo Local Government Area of Benue. The Catholic faithful had converged to commune with their God and thereafter go for a funeral before the killers struck. Burials now take place early in the morning in Benue State. The people thought it is safest time. But the sinister killers chose that time to perpetrate their evil.

Fr. Gor had the premonition that death was lurking around the corner but his calling could be the reason he chose to remain in the community where he was eventually killed. He had on January 3 tweeted: “We are living in fear. The Fulani are still around here in Mbalom. They refused to go. They still go grazing around. No weapon to defend ourselves.” Before the church killings, herdsmen had on Monday blocked Gbeji-Anyina Road, killed a soldier and passerby. On Wednes-day, 22 people were killed in Mbamondo clan of Ukemberagya Gaambe in Logo LGA and on Thursday, herdsmen killed seven at The African Church in Gwen East LGA od Benue State. Many more were wounded. The victims were Internally Displaced Persons, who were taking refuge in the church and a nearby school. Taraba State Governor, Darius Ishaku, attributed the killings by the herdsmen to a “drive for territorial control.” Nobody should rule it out. Vaulting ambition backed by top politicians and governments’ officials may be the driving force fuelling the impunity by these killers from hell who have no modicum of respect for the sanctity of human lives. The idea is to kill people, set their houses ablaze and since survivors are bound to flee, the herdsmen will take over their land. Nigerians have been exposed to danger. They are now at the mercy of killer herdsmen. The Buhari government has woefully failed in its constitutional responsibility of ensuring safety of lives and property of the citizens. The security chiefs are no longer worthy of the insignias on their shoulders. They have run out of ideas on how to curtail the killings. Yet, those asking the victims to resort to self-help have been accused of making inciting comments. Who beats a child and still prevents him from crying? In Benue State, some schools have been shut, markets have been deserted and going to farms is like going to lions’ den.

There are over 200,000 people living in IDPs’ camps. In time of war, people take refuge in places of worship but such places are now being treated with contempt. The killers have been emboldened by lack of consequences for past dastardly acts and they are daring to kill more. It is now a matter of when will the killers strike and what will be the number of casualties. We cannot pretend to be unaware of the inherent danger involved in the impiety and profanity of attacking churches, killing priests and worshippers in a heterogeneous society like ours where emotions run high on religious issues. Government should go beyond condemning the killings. Using highly descriptive adjectives to condemn the killings is not the remedy that will stop this psychopathic callousness. The killers can be found and brought to book if the government has the political will. They are not ghosts even if they are not Nigerians as we are being told. The ‘good intention’ and the ‘unblemished’ records of Buhari will no longer count in the days ahead. Nigerians have acknowledged that in the past. And it is present Buhari and his governance that matter for now. If the president is overwhelmed by the security challenges, he should seek international help. Thinking that this cup will pass over us without tackling it headlong is a wishful thinking.

Nigerian Presidential Election 2019: With Our Voters Cards, We Can Send Buhari Into Permanent Retirement
Dirty Fuel Now The Leading Cause Of Death In Nigeria