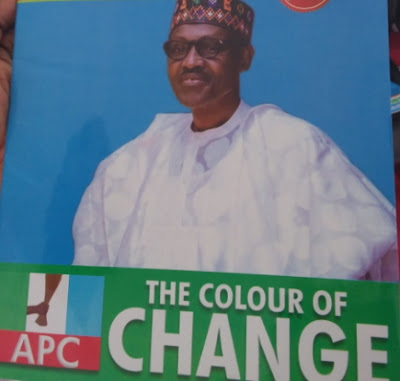 PMB has approved the opening of his first campaign office in the South-West.

This is coming ahead of his final declaration for the 2019 presidential election. Minister of Communication, Barr. Adebayo Shittu, who disclosed this yesterday to State House Correspondents at the presidential villa, Abuja after a closed door meeting with President Buhari, said the office in the South-West will be commissioned on February 20.

he minister said that he seized the opportunity of the meeting to inform the President that already, the Board of Trustees of the Buhari/Osinbajo Dynamic Support Group had been appointed and will be inaugurated at a grand event.

Shittu explained that as presently constituted, himself would serve as board chairman of the Buhari/ Osinbajo Campaign and Support Group.

While justifying his action, the Communication Minister stressed that Nigerians have never had it so good like what is being witnessed across the country. Shittu described President Buhari as “a saviour” who is at the helm of affairs in Nigeria.

He said: “Everyday since he came into office, all his activities are geared towards letting Nigerians know that they have a saviour, a rescuer.

Somebody who is committed to providing relief for Nigerians in all respects.” The minister emphasised that Buhari deserved a second term in office and should be encouraged to recontest.

He also noted that the President has done well in certain areas including the fight against corruption, insurgency whether in the North-East or the Niger Delta, economy and the provision of jobs as well as social stability nationwide. “You will agree with me that today, but for Buhari, Boko Haram would have invaded even Lagos,” Adebayo said.

Speaking further, the minister, who responded to questions on whether the campaigns for 2019 had started in earnest, said: “If you have a child who goes to primary school, does well; proceeds to secondary school, does well, and you keep asking is he going to university?”

Shittu said that even though the President had not made up his mind on the matter, he, along with other ardent supporters, would urge him (Buhari) to contest for a second term in office. “I know he has not made up his mind, but I can say that some of us can assist him in making up his mind so that Nigeria can continue to enjoy stability and progress in the land.”