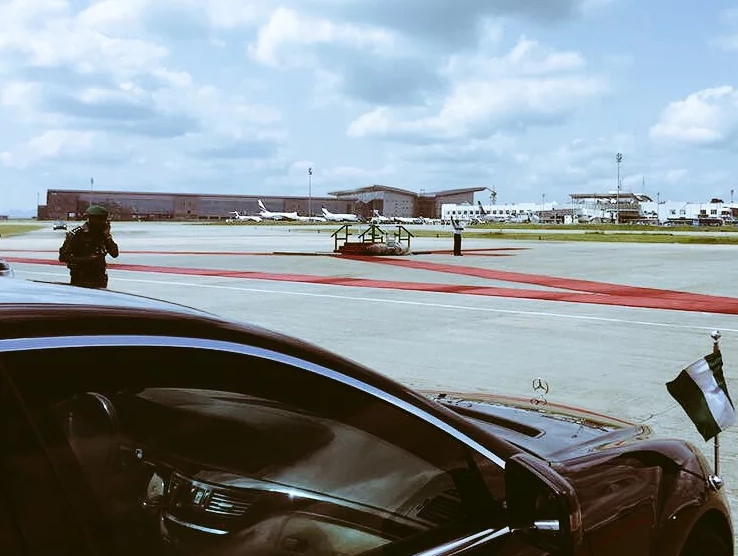 June 19, 2016 – Buhari Challenges Aso Rock Reporter To A Fight As He Returns To Nigeria From London [PICTURES]

Our Oga on Top who travelled to London for medical treatment earlier this month has returned home.

Mr President who landed at the Presidential wing of the Nnamdi Azikiwe International Airport around 5:32pm today said he will resume work tomorrow as he has fully recuperated. 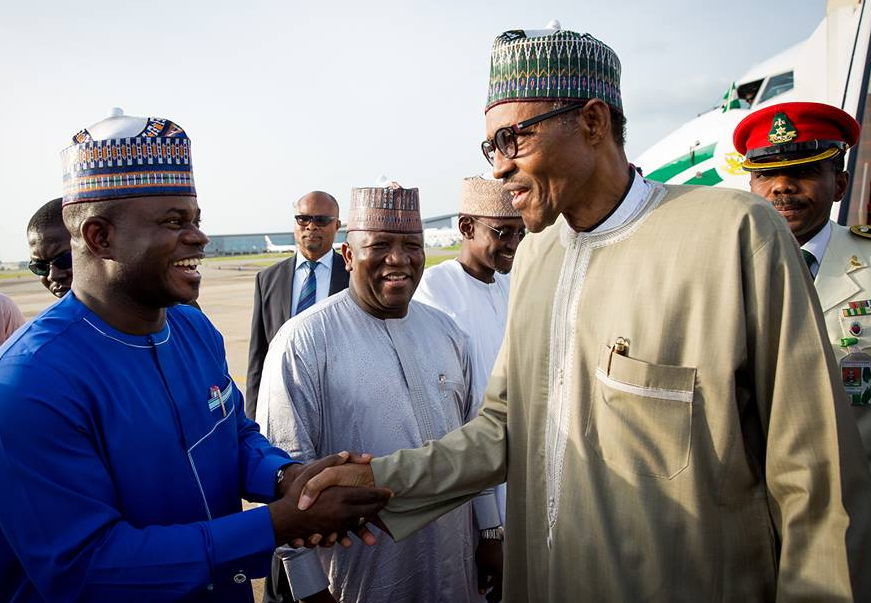 He jokingly challenged a State House reporter to a wresting bout.

“You have seen me, you saw me when I was going, you can do the assessment by yourself.
“You can see me inspecting the guards of honour, if you want to wrestle me, you can do so, but you know I’m taller than you,’’ the president told the reporter.

Clad in a light brown Kaftan with a matching cap, Mr President didn’t use his official Helicopter but rather embarked on a road journey to further prove his fitness to doubting Thomases who feasted on his state of health after extending his vacation by five more days last Thursday. 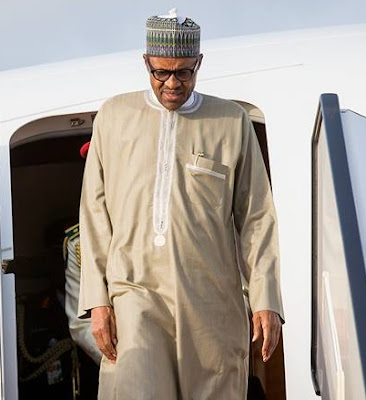