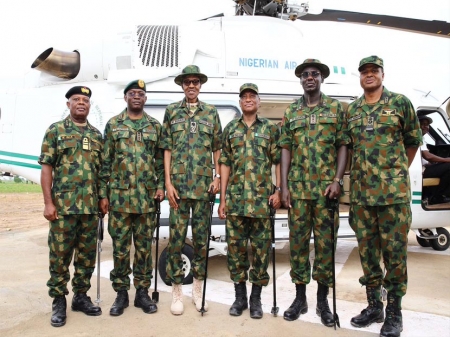 Feb 9, 2017 – Buhari Fires Soldiers Working As His Bodyguards In Aso Rock Over Supremacy Battle With DSS

PMB Replaces Soldiers Working As His Bodyguard With DSS Operatives

Following intelligence report that revealed that the army officers guarding Aso Rock might have been compromised, the Presidency has ordered the immediate removal of his bodyguards in the Presidential Villa.

The army officers who were brought to the Presidential villa on the 29th of May 2015 have now been replaced with trusted DSS operatives.

According to reliable DSS insiders, President Buhari approved the redeployment of the soldiers shortly before he left for London.

The supremacy battle between the two security agencies started after PMB moved into his official residence in Aso Rock in 2015.