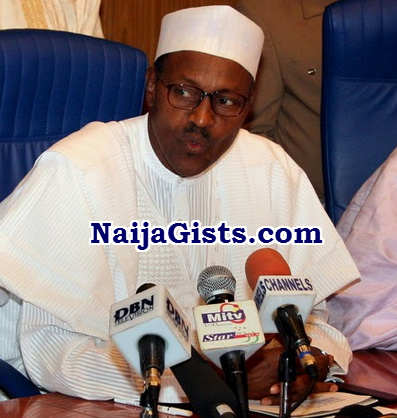 Buhari today said he will make sure all relevant agencies are equipped to properly arrest those behind movie piracy.

He made this known at the 28th edition of Society of Nigeria Theater Artists (SONTA) int’l conference organised by NICO in Abuja.

“It is also pertinent to state that this administration is committed to revamping the Nigerian economy and diversifying it in the face of dwindling profits.

“In this regard, a sector that generates huge sum of money annually for the Nigerian economy and employs over a million Nigerians requires our attention. Relevant agencies of government will be empowered to deal with the menace of piracy which had become an albatross to both practitioners and government.

“We support the call for Nollywood to be repositioned to serve as veritable tool‎ for the promotion of cultural diplomacy in view of the popularity Nollywood films enjoy globally,” .

The President also decried the influence of foreign movies on Nigerians, a development he said has “resulted in moral decadence and erosion of our cherished values.”

Buhari, who was represented by the Permanent Secretary, Federal Ministry of Culture, Tourism and National Orientation, Mrs. Nkechi Ejele, expressed optimism ‎that the Nollywood is capable of restoring the lost moral values.

Continue Reading
You may also like...
Related Topics:Buhari, nollywood, piracy