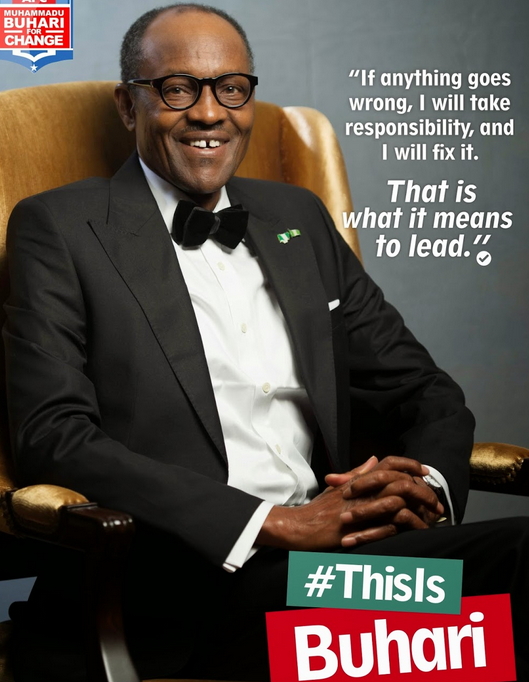 It still seems an illusion that there could ever be some kind of departure from the statuesque of our underachieving great nation Nigeria. Beyond the normal imaginative tendencies, there seems to be no congruent action being taken or is there any future hope of it being taken. Governments after governments over the years have proved worse than Nigerians had assumed they would be and it seems the mentality of those who are destined to rule Nigeria now and in the nearest future remains the same whatever platform. Get all you can get as much as you can get.

Nigerians have so gotten used to the present system of things that the prayer of the average religious person will be to have the opportunity to get up there around power. There seems no better means to get this nation’s wealth than to cut your share off what is expected to be for everybody. Sadly though, government house only takes a minute handful of persons as against the hundreds of millions craving for the opportunity.

Governments after governments have promised and failed. Since when we breathed a new ray of hope in 1999 which gave in to a democratic system of government from the autocratic military system, Nigerians were anticipative of some difference in the quality of what comes down to them. They had assumed that they had so much say now and thus could force the “ogas at the top” to play to the national pledge. It however turned out that the nation has plunged worse than was assumed under a PDP led dispensation that had transverse sixteen years. No one dared raised a brow and impunity continued in acute dimensions.

When the change missionaries of the now distressed APC arrived, Nigerians were very much optimistic that there could be something new in the offering, something different from the usual. Nigerians heard change on the radios, watched change on the televisions and joined in supporting the broom philosophy with the hope that there was going to be a new system that would sweep off the shame, pains and stains of the past. There is a new government in place after Mr. Buhari won the elections under the APC platform after many trials and Nigerians are still waiting.

Nigerians might have being expecting too much if they had anticipated waking up in may 30th to a new way of life and thinking. Nigerians are very dramatic people and miracles are the norm especially in a land where we have numerous men of God, tried and tested for their miracles and wonders. It should not baffle the average mind then that whenever something has to change, it has to happen miraculously.

Buhari’s ascension to the presidency may be regarded as another miracle just like the emeritus president. Nigerians quickly look for a sign to prove that God is about to do some miracle on the nation through so and so person. Some even look out for dates that they can align to something dramatic. It’s sad to note however that all the uncommon stories this nation has had since the nation jumped into this democratic era has not yielded any worthwhile fruit. It began from the prison to praise story of Obasanjo, then the gentle rise of Yaradua, the barefoot to cover shoes story of Jonathan and now, the Abraham Lincoln story of Buhari. We have had great success stories that have not transferred their successes to the nation.

So much is expected of Mr. Buhari after he promised to sweep the nation of all the vices that had held the nation bound. Corruption has remained a major strong hold that has defeated every government that had arrived since independence and Mr. Buhari has assured he is capable to war this tyrant. Nigerians are waiting.
It’s less than a month into Buhari’s change government and Nigerians haven’t seen change as yet except the continuous frivolity that has being the order of the nation’s political scene. The banter between the two giants, the ruling APC and the ruling opposition PDP has continued unabated. Issues of zoning positions remains a burden, senate leadership remains a challenge, senate allowances still makes the headline, ministerial appointment politicking remains the order and godfatherism is taking even bigger dimensions. It still seems Nigerians are still sleeping.

Over the media, reports rage the internet of flamboyant successes made by the ruling party in the space of less than a month. The reality however is that we have seen no successes other than the frantic pursuit for power and the struggle for importance within camps of the APC. What we have seen is accusations and counter accusations. Buhari must by now be uncertain about his desire to war the corruption battle. It won’t be so easy a fight especially as everyone struggles to cover interest.

Change! Nigeria! Change!! Myself!! Change!!! Yourself!!! The APC slogan continues to reverberate every time and Nigerians are waiting earnestly in anticipation of that change. The spirit though is waning sluggishly down the lane and this may prove book makers right again about the inadequacies of the APC to lead a government of change. Rumors of Buhari complaining about age affecting him filtered into the internet in support of an anti Buhari movement.

Nigeria is certainly beyond the capacity of one man’s wish. Overtime, we’ve had great leaders with good intentions and great speeches. Everyone who presents self for political office supply us with great intentions and visions of what they wish they could do. Well, it doesn’t work that way anywhere in the world or here in Nigeria. Buhari was perhaps mistaken when he made that glorious speech that got everybody thinking that a messiah had arrived, that he could make decisions and there won’t be mountains placed to stop him.

Now he finds out that there are indeed hurdles he must cross and a real big devil to challenge if he must succeed.
The clock is ticking and it’s just three years and some months before Nigerians decide again. We are still waiting to wake into a new Nigeria.

Continue Reading
You may also like...
Related Topics:Buhari, nigeria, president