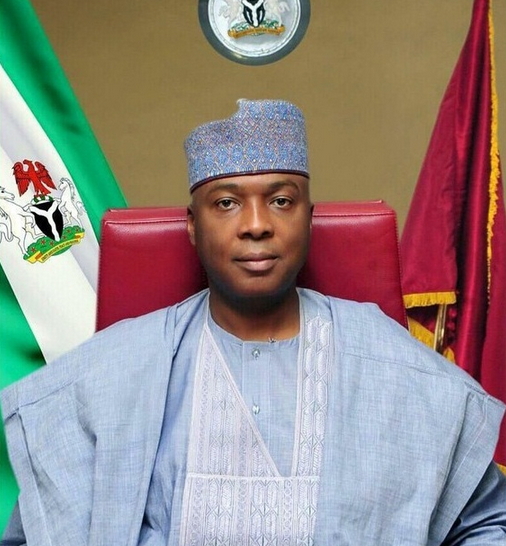 In response to Saraki’s claim that he didn’t receive any meeting SMS on the day he cunningly struck a deal with PDP to actualise his selfish ambition, here is what a top APC leader who requested anonymity told Sunday Punch

“Saraki is simply trying to be clever by half. He is in a fix and he is trying to justify his illegal actions.” “Saraki is bound by the nation’s constitution to read the party’s list without any amendment. If the PDP had sent him their own list of principal officers, will he tamper with it or won’t the PDP send their own list?”

Insisting that the Senate President lied about not being invited to the ICC meeting, the reliable party source said Saraki was invited.

“He is lying if he said he was not invited to the ICC meeting. All National Assembly members-elect were invited via an SMS.

“He deliberately snubbed the President because he had already struck a deal with the PDP to actualise his inordinate ambition in defiance of his party’s position.