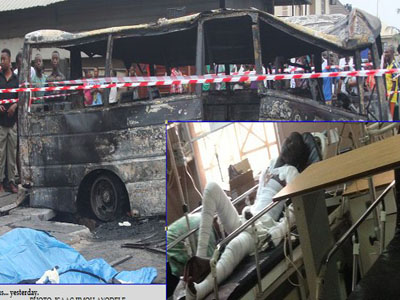 4 people died in Isolo area of Lagos on Tuesday after a bus carrying several 50-litre kegs of Petrol exploded.

The bus with registration # KTU418XK rammed into a parked truck on Musiratu Lasisi street due to brake failure around 4:30am. 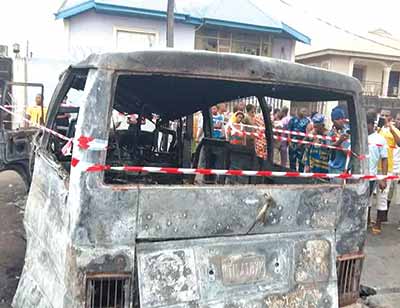 3 people died on the spot while the 4th victim identified as Segun Oluwole passed away at Gbagada General Hospital around 7pm.