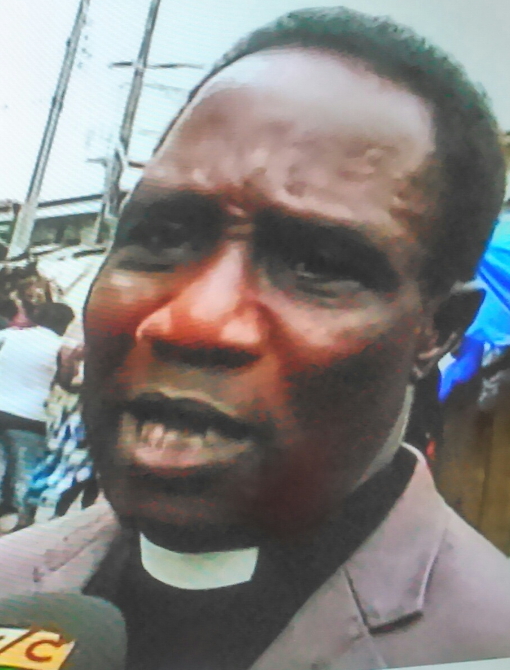 A Pastor of Christ Apostolic Church was on Sunday disgraced by his church members in Lagos.

Pastor Michael Oni who was recently tranferred to Lagos from Ibadan was kicked out of service at the church located at Abule Ijesha area of Yaba over disagreements on his salary.

According to a church member, the Pastor demanded certain salary which the elders board refused to pay him. He was accused of causing trouble by insulting the church members.

This is what Oni told TV Continental outside the church on Sunday:

“I asked them that I want to see the account of the church which they failed to render. I told them they should not spend any money without approval by me, they refused”.

See video of the drama below