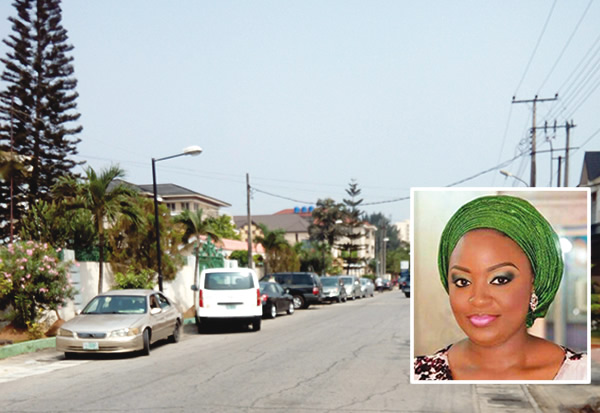 A Cameroonian man has been arrested for his involvement in the murder of his boss.

Ledjou Kouemou, 22 was accused of killing his boss, Miss Temidayo Adeleke who just returned from the United States on Tuesday the  20th of December 2016 at her mansion in Parkview Estate Ikoyi Lagos for not granting his request for salary advance.

Kouemou, a cleaner was said to have approached his boss on Tuesday requesting for N15000 out of his N27,000 December Salary so he could travel home for Christmas but the deceased told him to give her some time.

However around 10:30am, the suspect attacked the deceased while she was resting by stabbing her in the chest.

The deceased raised an alarm while the suspect was about escaping and he was apprehended by the driver and the security guard of the deceased woman.

He was later handed over to the officials of Ikoyi Police Division.

The security guard who joined the deceased woman’s driver to apprehend the fleeing suspect said the Madam was very generous to the cleaner when she was alive.

Sadly the deceased was preparing to get married in March 2017 when her cleaner murdered her.

She reportedly bought her wedding dress on her last trip to the United States.