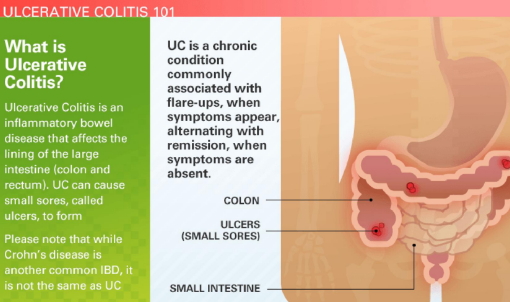 June 22, 2016 – Can Fasting Cause Stomach Ulcers? Find Out How H-Pylori Bacteria In The Stomach Lining Causes Ulcerative Colitis

Folks, let us educate ourselves about the ULCER illness because I have been devastated by this ailment before and I would like to share this with some folks who might have found themselves in my predicament and possibly permanent remedy.

Almost 3 decades ago I was diagnosed with an Ulcer. Ignorantly in Nigeria then, our belief was Ulcer is caused by not eating enough food or not eating at the proper time.

All these assumptions are wrong. Not until when I left the shore of Nigeria that God finally paved a way for final solution for me. What actually happened was, I was ill and feeling uncomfortable within my self and my thinking was may be I have some infection which I signed a consent paper for my Doctor to perform all tests for me including HIV, Suphyllis, Gonorrhea.

After thorough testing, the first question he asked me was, have you been diagnosed with Ulcer before? I said yes that was in my Country Nigeria. He told me that I have H Pylori bacteria in me which causes Ulcer.

I initially thought he will come up with something more serious. I’m still perturbed up till today that we are still ignorant about proper diagnosis in Africa even when a Medical Doctor told me in Nigeria to start scheduling my meal in order to keep my Ulcer at bay.

To start with, let us try to define an Ulcer; Ulcer is caused by Helicobacter Pylori AKA H-Pylori bacteria.

This bacteria is normally found in the stomach lining. Eating once day doesn’t prone you to have an ulcer or eating spicy food. I knew this because I was arguing with the Doctor who told me that I had no clue about what I was talking about.

He was even joking with me that have I done research on my own to discover that? He only prescribed combination drug therapy regimen Antibiotics namely, Prevacid, Amoxicillin and Clarithromycin (Biaxin) or Metronidazole (Flagl) I took them for 14 days that ends it all.

I felt so great in me ever than before Since then I have never experienced Ulcer for more than 2 decades now. Sometimes I still eat once or twice a day. If I don’t feel hungry, I remain like that and nothing has ever happened ever since.

If anybody ever diagnose with Ulcer should go for 14 days Antibiotics therapy and that will surely ends it.

Note: Prevacid, Amoxicillin and Biaxin. Finally, I would like people to visit their Doctor first. Through blood work your Doctor may discover a lot of things which you cannot detect on your own. Then if you want to use our traditional herbs (Agbo) then you will know what you are treating.

Modern technology has made it easier to detect anything inside us which is invisible to our naked eyes. This Doctor discovered this bacteria through my blood sample. Another surprise about this therapy is that the same medication can be used to treat some (STD) sexually transmitted diseases in some patients.