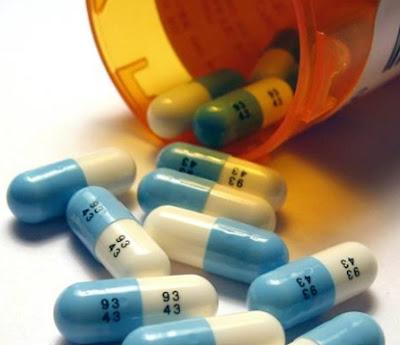 A Medical doctor at FMC Jabi Abuja Dr Arikawe Adeolu today warned that prolonged use of antidepressant and painkillers could cause erectile dysfunction and low sperm count.

He said morphine, a common narcotic analgesic could cause the aforementioned condition.

According to him, morphine affects hormonal balance in the body by increasing the production of prolactin, which can cause infertility in both men and women.

Prolactin is a hormone released by the pituitary gland in the brain. its primary role is to help initiate and maintain breast milk production in pregnant and nursing women.

According to him, both sexes will experience decreased libido as prolactin blocks the other hormones responsible for reproduction.

“A class of anti-hypertensive drugs can also cause sexual dysfunction. These drugs are centrally acting antihypertensive medication, one of which is methyldopa, commonly known as Aldomet.
“For antidepressants, they affect a particular neurotransmitter which is called by serotonin. Serotonin is very important in the control of sexual behaviour.
“Once the neurotransmitter level is affected, there is a risk of sexual dysfunction which leads to a reduction in sexual drive, inability to have an erection and ejaculation in men.
“For women it can cause a decrease in libido that is the sexual drive, delayed orgasm and wetness of the vagina,” Adeolu said.

He said that other commonly used medications that could cause sexual dysfunction included: antihistamines, ketoconazole an antifungal, anti-seizure drugs and alcohol.

Adeolu said that the risk of sexual dysfunction was only significant with long-term use of these medications or overdose.

Working Single Mothers Have Higher Risk Of Heart Disease & Stroke Than Married Peers -US Researchers
Can Fasting Cause Ulcers? See How H-Pylori Bacteria In The Stomach Lining Causes Ulcerative Colitis