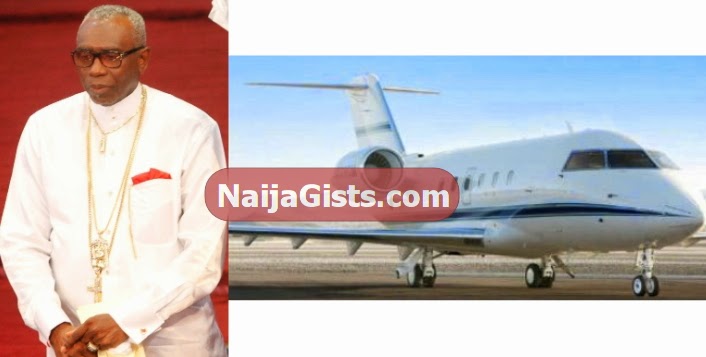 The private jet that got seized last week in South Africa with a stack of $9.3 million is owned by Christian Association of Nigeria, CAN’s President, Mr Ayo Oritsejafor.

According to Nigeria’s Aviation Ministry, the private jet was leased to another party, meaning that Ayo Oritsejafor had no control on what the aircraft is used for.

Mr. Oritsejafor’s church also confirmed the ownership in a separate statement Tuesday. That the pastor has a “residual interest” in Eagle Air, a company that manages the aircraft.

The aircraft was leased to, and is operated by Green Coast Produce Limited since August 2, the statement added.

Two Nigerians and an Israeli citizen were nabbed last week at an airport in Johannesburg with 9.3 million dollars. During interrogation, the trio said the money was meant to buy weapons.

Why do they have to use CAN President’s private jet to buy weapons without his knowledge, don’t Nigeria have official jet.. Yeye dey smell.