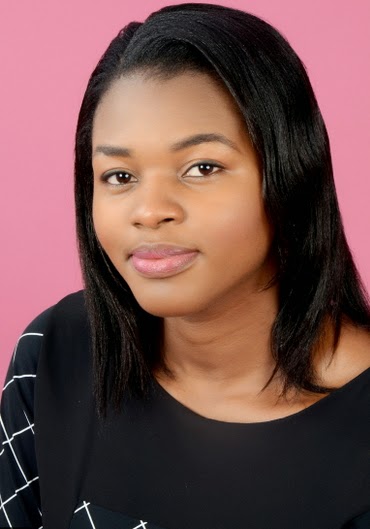 Pictured above is a very lucky woman who was among the survivors of Ebola Virus Disease in Lagos state Nigeria.

She was one of those who had primary contact with the late Liberian-American host of the killer virus that has killed many in Lagos.

She worked at First Consultants Hospital in Obalende area of Lagos.

Dr Ada Igonoh said she survived Ebola Virus Disease through her determination to live beyond the most deadly strain of the virus and her faith in God.

Like her colleague, Ada Igonoh got infected with the Zaire strain of Ebola after she helped Patrick Sawyer to hang his IV (Intravenous) fluid bag on a metal strand with bare hand.

In this tell-it-all survival story, Ada said she was determined to live and that the timely intervention of her pastor also helped her.

She said after Sawyer’s death, the reality of contacting the disease dawned on all of them, especially when some government officials met with them and gave them thermometres to always measure their temperature.

She explained that a week before Sawyer’s death, she had gone to her parents’ house on a visit and was still there when she started having symptoms beginning with sore throats and joint pains.

When initial anti-malaria drugs could not help her fever and she started vomiting and stooling, she called the emergency number they were given and some officials came to take her sample for a test. She said at this stage, she started isolating herself from her parents and siblings.

Her survival story continues below:

“The following day, Sunday 3rd of August, I got a call from one of the doctors who came to take my sample the day before. He told me that the sample which they had taken was not confirmatory, and that they needed another sample.

“They came with the ambulance that afternoon and told me that I had to go with them to Yaba. I was confused. Couldn’t the second sample be taken in the ambulance like the previous one?

“He said a better-qualified person at the Yaba centre would take the sample. I asked if they would bring me back. He said ‘yes’. Even with the symptoms I did not believe I had Ebola. After all, my contact with Sawyer was minimal. I only touched his I.V. fluid bag just that once without gloves.

It was when she got to the Infectious Disease Hospital, Yaba that she met Dr. David, a caucasian, who confirmed that her test was positive.

“I had no reaction. I think I must have been in shock. He then told me to open my mouth and he looked at my tongue. He said it was the typical Ebola tongue.

“I took out my mirror from my bag and took a look and I was shocked at what I saw. My whole tongue had a white coating, looked furry and had a long, deep ridge right in the middle.

“I then started to look at my whole body, searching for Ebola rashes and other signs as we had been recently instructed. I called my mother immediately and said, ‘Mummy, they said I have Ebola, but don’t worry, I will survive it. Please, go and lock my room now; don’t let anyone inside and don’t touch anything.’ She was silent. I cut the line,” she further wrote.

Dr. Ada said she met one of the ward maids at the First Consultants Hospital at the centre. The woman who always had smiles for her could not smile this time as she had been stooling all day.

Later Dr. David, she said, brought bottles of water and ORS, the oral fluid therapy which he dropped by her bedside.

“He told me that 90 percent of the treatment depended on me. He said I had to drink at least 4.5 litres of ORS daily to replace fluids lost in stooling and vomiting,” she said, adding that the man warned her against taking a drug to stop the stooling as the virus would replicate the more inside of her.

“That evening, the symptoms fully kicked in. I was stooling almost every two hours. The toilets did not flush so I had to fetch water in a bucket from the bathroom each time I used the toilet. I then placed another bucket beneath my bed for the vomiting.

“On occasion I would run to the toilet with a bottle of ORS, so that as I was stooling, I was drinking.

“The next day Monday 4th of August, I began to notice red rashes on my skin particularly on my arms. I had developed sores all over my mouth. My head was pounding so badly. The sore throat was so severe I could not eat. I could only drink the ORS.

“I took paracetamol for the pain. The ward maid across from me wasn’t doing so well. She had stopped speaking. I couldn’t even brush my teeth; the sores in my mouth were so bad. This was a battle for my life but I was determined I would not die,” she said further.

She embarked on daily meditation of Psalm 91 while her pastor, a medical doctor, would call at intervals, pray and discuss researched materials about the disease with her. He also brought her reading materials and CDs which she played with the gadgets she took with her.

She also said the Chief Consultant of her hospital was also sending every necessary materials to make them comfortable.

She said despite being in the throes of death, she was not scared and even started encouraging others.

While there, the late Justina Ejelonu, the pregnant nurse who contacted the virus on her first day at work, was brought in. She died days later.

Miraculously, five days after she was admitted, the diarrhoea ceased. “I was overwhelmed with joy. It happened at a time I thought I could no longer stand the ORS. Drinking that fluid had stretched my endurance greatly,” she said, adding that she soon started eating well.

She suddenly got ill again, but this time, her sample was tested and it came out negative just 14 days after she was admitted. She said she was overjoyed at the news.

Excited Dr Ada Igonoh commended Lagos State Ministry of Health, WHO and the Federal Government and those who remembered her in their prayers.

After her test came out negative, she had a full chlorine bath and was told to leave everything she came to Yaba Isolation center with for disposal.

(1) With faith in God and determination, one can easily overcome all obstacles in life

(2) For Ebola victims, do not use any medication to stop the stooling. When you stool, the virus pass out of your system.

(3) For Ebola victims or diarrhea patients, use Oral Rehydration Solution (ORS) to replace all the fluid lost in your system.

(4) To reach your final destination in life, look beyond your present condition.

Other people who died in Yaba might not have followed this instruction.

We are not blaming them. May their souls rest in perfect peace.