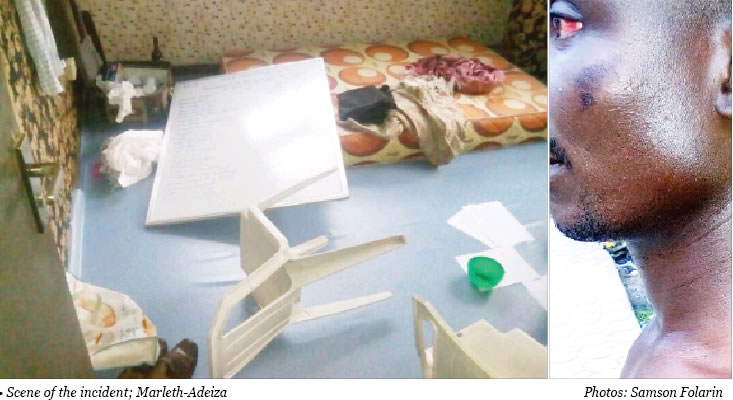 See what some military men did to a teacher in Yaba area of Lagos earlier this month.

The victim identified as Ojiah Marleth Adeiza was beaten to stupor on the 2nd of April days after he refused to corporate with his landlady based in Canada.

On the order of the landlady simply identified as Olawunmi, two soldiers beat Adeiza to a point where blood was gushing out of every part of his body.

At the point of death, he begged the soldiers to allow him get a taxi to move out his properties.

This is what the victim who reported the attack to Yaba Police station told reporters: 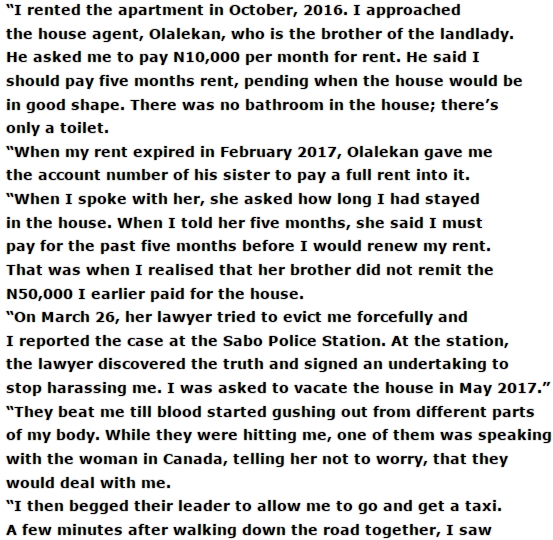