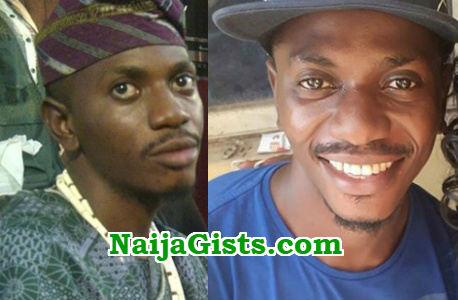 The  Nollywood Yoruba actor who escaped death by a whisker on Sunday the 26th of November 2017 has suffered yet another loss hours after doctors discharged him from the hospital.

The actor, Olasunkanmi Akanni was released from the hospital on the 29th of November, sadly, a car ran into his home in Ikorodu area of Lagos on the same day.

His belongings were destroyed even as the car operated by a reckless driver destroyed his 1 bedroom apartment.

A friend of the actor said it is likely that the actor is under a spiritual siege because his woes started days after receiving an award.