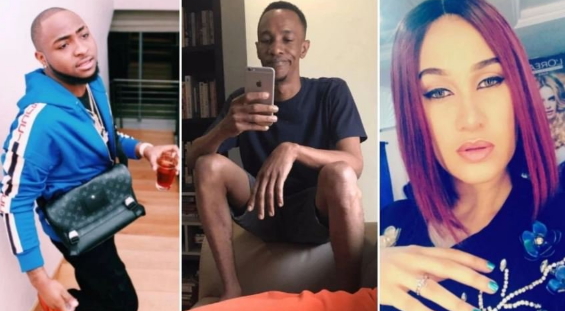 Nollywood actress turned beauty guru, Caroline Danjuma, caused media tension on on the 3rd of October 2017 when she accused singer, Davido, of using his car to convey a young man by the name Tagbo, to a general hospital and abandoning him there.

However, after critically examining the situation, most of the actress’ fans and followers on Instgram are not buying her story.

Going by the reactions to the post, which she deleted almost immediately, fans are saying that she should have kept her relationship with the deceased confidential, rather than giving false information and misleading the public.

One of the points raised was the fact that the actress is yet to state clearly her relationship with the deceased and why she is bent on fighting the case.

She posted on her Instagram page: “If only all this ill names could bring you back, I am ready to be called all sorts. They only label you because they never knew you. I could take a bullet for you because you were selfless; never looked down on no one. Playful and you knew your limits; you were never boastful nor excessive, you never drank past five shots of tequila even if you tried.

“All you lived for, all you hoped for and couldn’t wait to achieve on your birthday is over. You always had something nice to say to me; constantly encouraging me and looking out for me”.

Responding, an Instagram user, Bigbadsabira wrote; “Sis, I don’t think we need to hear your prayers, it’s God you’re praying to not Instagram + if you are not going to tell us the whole story biko dont give us work trying to figure out what’s going on.”

_lastking07, who described her as ignorant, also observed; “I don’t understand they took him to general hospital…so what should Davido and his crew have done?…be the doctor to treat him? Cause I don’t understand what this ignorant woman is saying …does Davido look like a doctor….or his him that send him to drink more than he can take….Don’t drink they won’t hear.”