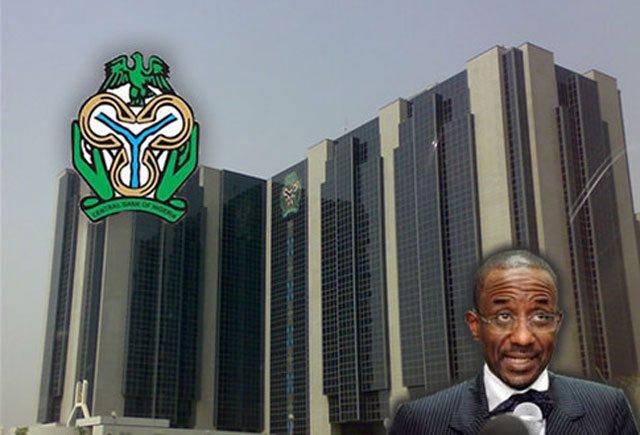 THIS IS A MUST READ FOR NIGERIANS………. Article by Gerald

I sympathize with you my brothers, i have always been quiet but i think this has gotten to its peak and today i am going to expose why our Government keeps printing new notes and increasing currency denomination. Most Nigerians assumes that the Government prints new notes and increase denomination because it makes looting easier “THAT IS NOT TRUE, IN FACT THAT IS EXACTLY WHAT THEY WANT YOU TO THINK AND THE MORE REASON WHY THEY DON’T WANT YOU TO GO TO SCHOOL SO THAT YOU DON’T UNDERSTAND THEIR STRATEGIES AND INTERFERE OR CHALLENGE THEM…” They don’t need the notes to loot and the increase of currency denomination has nothing to do with devaluing of currency… It’s just a strategy, a reason to print new notes… This process is called “Fractional-reserve banking”… DO WE HAVE AN ECONOMIST IN THE HOUSE? Point me out if I am wrong… This is another Government plot to make more money out of the poor masses to feed their invisible debts they allegedly owe to CBN/IMF who created the money out of nothing. I will try to explain this… In business there must be a balance between demand and supply to maintain equilibrium in the price of a commodity… If demand is higher than the supply, price increase and when the supply is higher than the demand, price decreases… For example, a commercial transporter will normally charge 100 Naira from Mile 2 to CMS… But when there are too many passengers (HIGH DEMAND AGAINST SUPPLY) the transporter increases his fare from 100 Naira to 150 Naira… Now when there are only a few passengers (LOW DEMAND AGAINST SUPPLY) the transporter decreases his fare to win passengers…

When i talk about the Federal Reserve, most people still believe that the Federal Reserve system is an agency of the Government working in our best interest… But it will surprise you if i tell you that our Federal Reserve System is a group of Private bankers who have stolen the money creation process from the Nigerian people… By the time I am finished you will understand why these private bankers are responsible for the creation and circulation of our money… And who gets the fall for all the problems from the top… THE COMMON MAN… Now Let me explain banking to you in a simple term, it is more complex but with this, I think you can get an idea of what I am trying to say…

Now let’s take it that the CBN just loaned to the Federal Reserve 100,000,000,000.00 Naira (100 Billion Naira) in numbers which is then printed into some small pieces of hard paper with some funny images and writings on it and they call it “MONETARY BONDS”… These bonds may be 10 Billion per bond… 10 Pieces of these bonds will be equivalent to the 100 Billion Naira loaned to the Federal Reserve by the CBN… The Federal Reserve agency then takes this bonds and deposit it into a commercial bank hoping to get an interest on the amount deposited ( After all when you deposit a certain amount in a bank over a period, you get interest on it right? That’s what the Fed just did) the commercial banks then take these bonds back to CBN to get approval to print naira notes… Of course at their own expense they PRINT our Naira notes and call it “Legal Tender”… We all believe that our money is only printed by the Nigerian Security Printing and Minting Plc. (NSPM). That’s not true; in fact it’s funny to me… Money can be printed by any other company as long as it meets our security demand (If in doubt please check the CBN police on currency)… The commercial bank now have 100 Billion worth of naira notes, and they are hungry to do business to recover their cost of printing, make their interest and repay the Fed, so they give these notes out to the Nigerian people as loans… On the other hand, the Federal Reserve agency can’t wait to get their return so that they can settle their debt and make their own profit… The CBN also cannot wait to get their digital money from the Fed and make their profit too… So who bears the burden..??? Who borrows the cash? Who works his ass out to pay back in cash? The Common Nigerian…

He innocently walks to the bank, borrows cash to do business… Business becomes bad, he cannot pay back… Bank cash gets stacked in his products, bank note circulation becomes paralyzed, inflation increase… Since there is no cash in circulation, the balance of demand and supply sets in… When there is High demand of cash and these is little or no cash… “Prices increase”… Banks becomes indebted to the Fed; The Fed becomes indebted to CBN/IMF… Currency becomes devalued against the country you borrowed from… That is the way it works because CBN also borrows his monetary numbers from somewhere… And guess what our Government does to settle the problem?? Our Government goes ahead and borrows more money from the CBN/IMF, that is, they just ask the commercial banks to print more notes and they give us some excuse to cover up the reason why they are printing new notes… More cash = More debt… 1 Naira = 1.90 Naira debt… And you and i are going to work our ass out to pay the Government’s debt… Isn’t this core economics..??? It’s called “DIGITAL MONETARY SYSTEM”

EXAMPLES OF A DIGITAL MONETARY SYSTEM:

AND FOR THE RECORD, I am a Nigerian by birth and i am a PhD student of London School of Business & Finance, ID Number: LSBFPD – 022371. Anybody can verify my identity, I don’t care who comes after me… Let’s think together and think outside the box, we all need to be informed… Thank you.