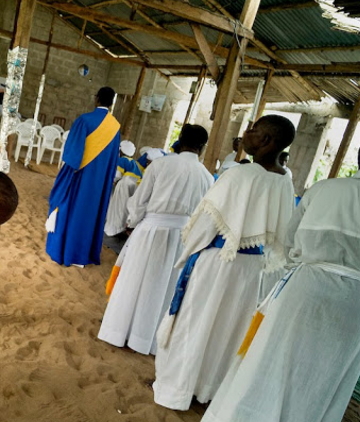 Report by The Nation

There was confusion on Sunday at Celestial Church of Christ (CCC) on Unity Street in Abule-Egba, Lagos, when a prophet set a member ablaze during service.

The victim, simply identified as Madam Bosede, is lying critically ill in hospital.

It was gathered that the prophet in his sermon claimed he got a revelation that there was God in their midst, adding that if the woman was set ablaze she would not suffer burns.

Madam Bosede, who joined the church a month ago told The Nation yesterday:

“Our prophet said the spirit of God whispered to him that I would not burn if he sets me on fire. When I came out, they poured kerosene on my body and set me ablaze. But, unfortunately, I was burnt beyond recognition and before the other church members could get water, the deed had already been done.”

The cleric told The Nation that he clearly heard a voice instructing him to set a member on fire to prove and confirm that God was in their midst.

“I heard the voice clearly, but I don’t know what happened after we set fire on her. God has been speaking to me since and it has been working, so I wonder why now,” he said.

Some members, however, left the church, doubting their prophet’s credibility, adding: “We cannot worship here again, who knows who the spirit will ask him to burn next.” 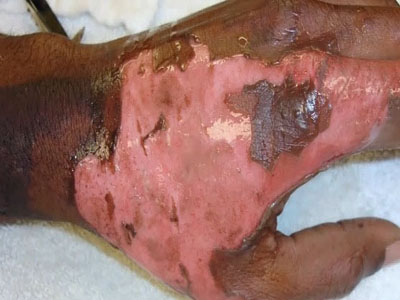 A resident, Irene Ohekina said: “I don’t pity her; she was the one who allowed herself to be deceived by the prophet. Why did the prophet not try the fire on himself or any of his family member?”

Another resident, Nkechi said for the prophet to have given such instruction, it must have come from God, adding “I believe it’s the sins of the victim that made her burn, the prophet of God could not have lied.”

Daniel Ayodele, who also witnessed the incident said: “This whole thing is funny, when the pastor said the woman should be set on fire, why did she not refuse or was she scared to disobey the prophet. Now, she is writhing in pains on the hospital bed and I am sure the prophet is elsewhere enjoying himself.”