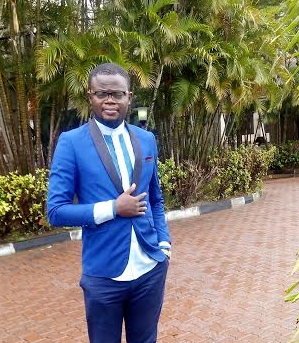 What a season that we are in, a period we are living to witness transformation of society through leadership, a season of global changes. God gave us a mandatory task and responsibility to determine the kind of changes we want in our society. Believe me or not the greatest power God gave us is the power of will i.e. the future of the world which you must use responsibly.

My very conscious friends and compatriot you will all agree with me that we are living to witness Political Confusion(political parties rising against each other base on ideological differences),Social Transition, Ideological Intervention, Philosopher Instability(people are not sure of what they believe anymore), Moral Manipulation(demise of our value and what we respect being washed away during this era of modernisation), Value Vacillation and Irresolution, Religious Conflict(killing people in the name of God), Scientific Introduction and Adversary, Technological Advancement that is running our life, Economic Interdependence resulting in globalization, Redefinition of Term and Constitution Revision taking places all over the world.

All these phenomenon have resulted in the changes we are witnessing. Changes like Massive Unemployment everywhere, The Rise of People to Power, The Collapse of Government( where people are protesting for immediate removal of their leaders despite their tenure not yet over), Global Economic Crisis, Failed States (situation where the state commander are not capable of taking sole and full responsibility of workers welfare and are not consistent in payment of their salaries), the Fall and Disgrace of Political, Civic Corporate and Religious Leaders, The Changes in Moral Compass(where nothing is visible), Transformation in the Traditional Values, Collapse of Sovereignty and Finally Nation being Governed and Led by People outside their country.

Moreover all these changes either directly or indirectly impact the citizen in one way or the other. A situation like Distrust of Leadership and Authority, Lawlessness, Liberalism, Permissiveness, Compromise, Immorality, Culture of Death, Culture of Violence, Culture of Devaluation, Generational Disillusionment and Sexual and Social Confusion( where men are not sure of what women are anymore).

My fellow countrymen, the world cannot heal itself, the people you hope on i.e. the government you voted for believe and always claimed the problem established or On ground are more than their policies, but doing nothing is not an option, whatever you allow you cannot criticise, whatever you avoid you cannot change.

You and hi must become answer to our own perfect change, we must know that whatever we permit we are responsible for.

In conclusion my fellow visionary and comrade of change you can either let things happen or you make things happen.

Now let’s get to work and make things work for ourselves…. Yes we can.