“A bad character is like a flat tire; you can’t go anywhere until you change it”-Zig Ziglar

You can never get through your degrees and certificates what you should get through character! I have come to realize in life that until we give the right character its place in our life, we will always end up bankrupt regardless of how buoyant we are in every other areas of life. Peter Schutz, the former CEO of Porsche once said, “Hire character. Train skill”. Skills needed to meet needs vary in different organizations but all organization do not vary in their need for people with good character. I may not really know the skills that will be in high demand in the next 20 years, but one thing that I know is that there is no organization that outgrows the need for people with good character. Your degree and skills are useless without good character. The only disability in life is a bad character!

Greek philosopher, Heraclitus of Ephesus led the world into a major shift that has put human character above all.  The Greek mythology has three Goddesses Clotho (The spinner), Lachesis (allotter) and Atropos (the inevitable) deciding the fate of individual human beings. The strange belief that human destiny is defined by fate was later reviewed by Heraclitus who opined that destiny is not handed over to man but rather determined by our decisions and character. Heraclitus while studying the nature of the world observed that “A man’s character is his fate”. Heraclitus concluded that for a person who wants to change his fate, he need not propitiate the gods, all he needs to do is build his character. Instead of living a life that is surrendered to fate, worrying about the future or blaming God for the difficulties, we should rather design our fate by building our character.

Theodore Roosevelt once said, “To educate a man in mind and not in morals is to educate a menace to society.” Now, more than ever, educators shouldn’t teach just content, they must also teach morals, ethics and cultivate empathy and mindfulness in every student. Character education fosters the development of moral and ethical citizens by teaching them good values. Educators have special roles to play in creating kind, compassionate citizens with a strong moral compass.

A converted character is the key to a transformed life, and your attitude introduces you before you even speak! Ralph Waldo Emerson said, “Your character is so loud that I cannot hear what you are saying”. Work more on your character than you work on any other thing else. I have often said that what would ultimately destroy a man going to high places in life is not really the enemies that are waiting for him there, but the character that followed him there. I want to say emphatically that character is not optional; it is sacrosanct to the future that God has planned for you. No matter where you place skills and degrees, character matters. The greatest fraud in life is education without character. A man without character is recklessly alive. 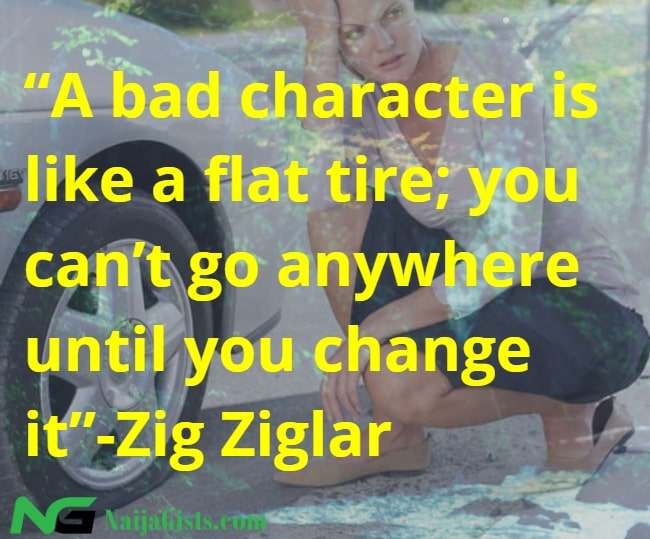 There are many things that can get a man to the top, but there is just only one thing that keeps him there – character. Thus, the building of human character comes before building of anything else. Many companies hire employees for their character and then train them on the job. They do this with the idea that you can teach skill but cannot change a person’s character. One’s character can be considered more valuable than an MBA or PhD. A person can have all the necessary experience and skills, but if their personality does not fit the company’s culture, are they really the right person to hire?

Martin Luther King, Jr. said, “Intelligence plus character — that is the goal of true education.” Your degree is just a piece of paper, but your education is seen in your character and behavior. Warren Buffett said, “In looking for people to hire, you look for three qualities: integrity, intelligence, and energy. And if they don’t have the first, the other two will kill you.” It’s easier to train a person of good character to do a job well than to develop character in a skilled but unprincipled employee. Skills can be acquired and mastered over the years, but character defects are most times irredeemable! The character a person brings into the job is more important than the skills he/she brings.

It is very appalling to know that most times we hire skilled people that we end up firing for character issues. I have seen the same pattern repeated over and over again, and the candid truth is that this defective cycle will continue until we put priority on staff character. Lack of work ethic, selfish behavior, poor teamwork, lying, cheating and poisonous attitudes are the most common reasons skilled people fail. One day, one of the staff members in the institution where I am presently working as the Dean of Schools was dismissed for what my Coordinator termed as ‘destructive tendencies’.  He was highly skilled, but the decision to let go of him was really expedient. Over time, I came to realize that it is not everyone you lose that is a loss!

One of the HR gurus on hiring and employability, Michael Josephson once said, “In today’s business environment, character and ethics are critical competencies of leadership; without them, a capable person is just another major risk”.  As a leader, always look out for character and don’t be distracted by talent! One of the major regrets of my entrepreneurship journey has been the issue of bringing people around me that were full of zeal, enthusiasm and skills but were deeply flawed character wise! Character defect can initiate a chain reaction that can bring down any institution or organization if not quickly checked.

I am privileged to be part of the management of an educational institution, and this affords me the opportunity to always be on the board of the interview and recruitment panel. I will like to briefly share some indicators that have helped us over the years in selecting people of good character while also not neglecting the place of competence. We have a scale of 100% and the parameters are as follows: Reliability (20%), Teachability (20%), Confidence (20%), Communication (20%) and Appearance (20%). Under these five parameters are other sub-parameters that I might not be able to delve into. A good hiring process must be able to discern whether the applicant is reliable and trustworthy. Being teachable is also very important as this ensure that the applicant can be trained on the job. Henry Ford once said, “The only thing worse than training your employees and having them leave is not training them and having them stay”. Confidence measures the level of experience and applicant’s competence. Albert Einstein said, “Without hope and confidence, nothing can be achieved”. Ability to communicate efficiently and effectively is sacrosanct as 70% of any employee’s job is linked to communication. Lastly, appearance must never be trivialized as it is a deeper reflection of the applicant’s approach to presentation.

Max Depree said, “We cannot become what we need by remaining what we are.” A combination of good work ethic, humility, integrity, simplicity, punctuality, courage, selflessness, dedication, empathy, and maturity will always beat talent and skills at any time! A bad character is life’s greatest liability. Thomas Jefferson, the third President of the United States of America once said, “Nothing can stop the man with the right character from achieving his goal; nothing on earth can help the man with the wrong character”. It is very obvious from Jefferson’s quote that it is relatively impossible to help a man with the wrong character. I have come to a diagnostic conclusion that the greatest of all human problems is the character problem. There is no amount of skills and degrees that can substitute for character. Sometimes, you need character, not just the acquisition of degrees. There is more hope in life for a poor man with the right character than a rich man with the wrong character. Beware of the impression you create with your character!

QUOTE OF THE WEEK: “A bad character can literally block love, blessings, and destiny from finding you. Don’t be the reason you don’t succeed in life”-Gbenga Adebambo