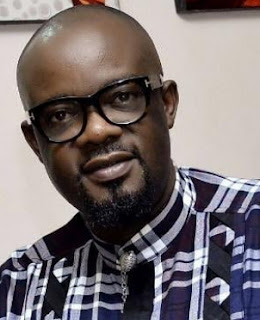 Nov 2nd, 2017 – Charles Inojie: Why My Parents Left Me In Care Of My Grandma As A Toddler

For The Johnsons, family series producer, Charles Inojie, it was until later years in his life he knew his grandma was not his biological mother even though his mother was still alive.

He told Goldmyne TV that since he grew up with his grandmother, his parents didn’t have much say in his decision in life.

“I grew up with my grandmother. So, I didn’t find myself in a situation where my parents would question what I wanted to do. I had graduated from the university before my father knew. Though she was never educated, she loved education so much. Though she never went to school, she knew the importance of education.”

According to him, the reason he was left with his grandma was that his father was the only child and the grandma insisted she didn’t want to be lonely.

“When they married my mother and gave birth to me, my grandma said they should let me live with her so that she would not be lonely and they agreed. I started living with her as a toddler. As a matter of fact, I thought my grandma was my mother for a long time until I grew up and saw that most of my mates had young mothers. It was then I began to understand that she was my grandma, not mother.

“It affected my relationship with my biological parents. When my father came to the village once in two years or doing Christmas, I tried to run from him because I didn’t see him as my father. I actually had to grow to accommodate the fact that they were my parents.”

He admitted that he took after the wittiness of her grandma, who hardly made direct statements.

“You would have to be witty as well to understand my grandma’s statements. All her statements were either laced with mischief or one thing. She never talked straight. I think I picked a bit of that from her.”