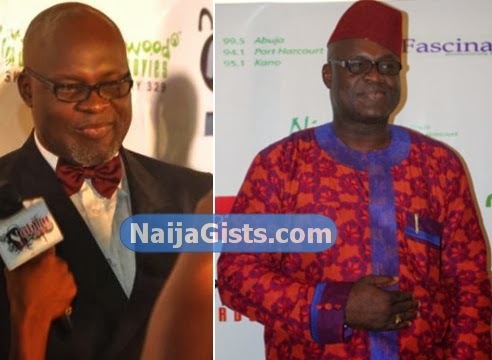 Nigerian actor Charles Okafor has become a scarce face on the screen since he gave his life to Christ. The veteran Nollywood star has opened up on why he has been lying low for a while.

At a popular event in Lagos few days ago, Charles Okafor spoke at length about his new life with The Entertainer.

“I’ve been lying low for a while because I diverted into Advocacy and human-angle films as a consequence of my new found faith. I’m still a career actor and a film maker but I am mindful of the scripts I do. A time come in the life of any professional when he seats back and takes stock of his professional issues and the legacy he want to live behind from the spiritual stand point of view.

“You cannot just do any kind of film anymore if you’re going to be the light to the nations of the world. We must be seen in the context of the things that glorify God in totally,”.

“I’m driven to do advocacy films because they address social issues, human angle and spiritual issues that borders on the kingdom. That explains why I might not be as visible as I was some years back.

I have put my hands to the plow so I shouldn’t look back but that those not remove the fact that I’m still a career actor and film maker,” Okafor added.

Other Nollywood stars who have given their totality to God’s service include Kanayo O Kanayo, Zack Orji, Eucharia Anunobi, Efunsetan Aniwura and many others.

May the Lord strengthen them.