Anambra-born Onyinye Emeasoba has made history for emerging the best model at the recently concluded World Beauty Pageant.

The 18-year-old model defeated 43 other models from different countries across the world in a tight competition to claim the title.

On Monday the 9th of December 2013, Emeasoba returned to Nigeria from Bulgaria. She expressed overwhelming support she received from Nigerians all over the world during the competition.

In 2012, she was crowned Miss Brighter Future. She also represented Anambra State at the just concluded Most Beautiful Girl in Nigeria beauty pageant. 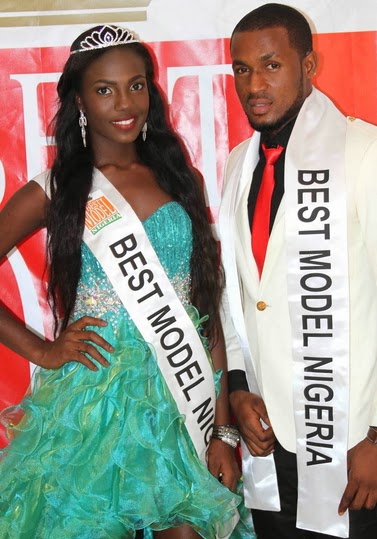 “I think it’s the Lords doing. I can’t really point to a reason behind my success. It’s Just God and His grace on me. Besides, I know I’m pretty and down to earth; I believe I have all what it takes to make Nigeria proud”. – Emeasoba said on returning to Nigeria.