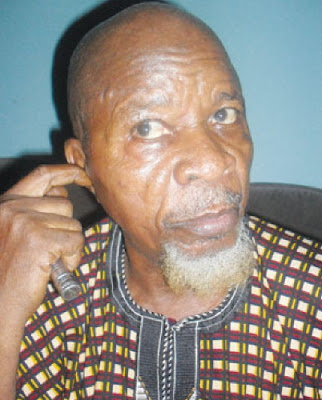 Agbako on his 84th birthday

Veteran Nigerian actor Charles Olumo widely called Agbako is currently sick and in a state of coma at the General Hospital in Ikeja, Lagos.

According to sources, the aged actor has been sick for a while.
His family resulted to medical treatment method after exhausting all other options.

He was rushed to the hospital few hours ago where he has been in coma since.

As we speak,the doctors at Ikeja General Hospital are working round the clock to get him better.

Though the 85-year-old actor is suffering from age related illness, family sources confirmed today that his condition is life threatening.