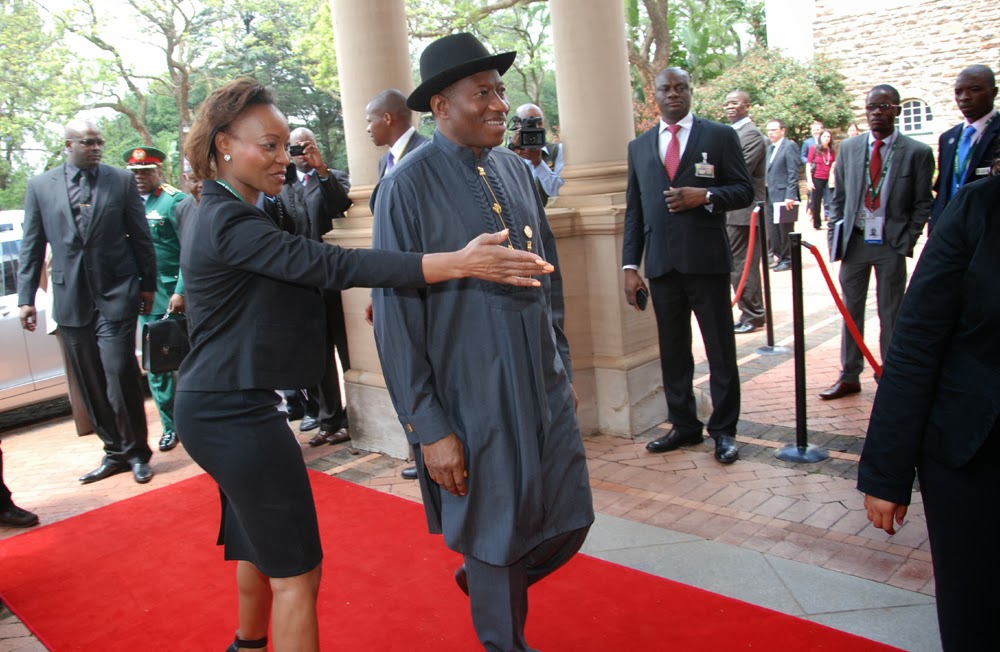 President Goodluck Jonathan’s perceived mishandling of the case of the more than 200 school girls abducted by Boko Haram in Borno State got further knocks yesterday in South Africa.

Crowd at the inauguration of President Jacob Zuma for a second term in office registered their disapproval of government’s inability to rescue the girls one month after, with boos of “Bring back our girls” directed at President Jonathan as he stepped into the venue of the swearing in.

By his side was the First Lady, Patience.

And for a moment, Nigeria became the issue at the Union Buildings, Pretoria, where the late Nelson Mandela who became South Africa’s first black president, took the oath of office 20 years ago in a ceremony officially ending white minority rule.

President Jonathan was one of the more than 20 heads of state gathered for the event.

Aside the shouts of “Bring back our girls” a non-governmental organisation – The Concerned Young People of SA (Cypsa) – handed out pamphlets at yesterday’s ceremony calling for the release of the kidnapped schoolgirls.

The pamphlets were entitled Umphakathi Ukhathazekile (The society is concerned).

“Now Nigeria. Who’s next? “, read a message on the pamphlet.

“Where can we hide our girls from Boko [Haram]?” read another excerpt on the pamphlet.

President Jonathan was due to hold talks last night with other African leaders in Pretoria on the security situation in Nigeria.