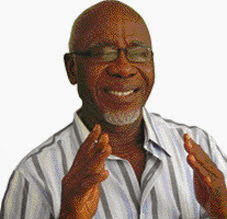 The attack occurred barely one month after the owner of the Young Shall Grow Motors, Chief Vincent Obianodo escaped suspected assasins’s bullets in Festac Area of Lagos.

Okeke escaped death miraculously within his residence at Government Reserved Area (GRA), Onitsha, while he was returning from work at about 6.45 pm when the gunmen trailed his car to the gate of his home.

Though the business magnate was not hurt, it was gathered that after he came in, one of the drivers in his convoy went out with a black Sports Utility Vehicle (SUV) with Reg. No ME70AAA, and the assailants trailed him and opened fire on the car.

Speaking to Daily Sun, Okeke said he had come back about 10 minutes earlier and sent his driver on an errand with the car and on his way back, gunmen operating in a Toyota Siena car trailed him to his gate and opened fire on the vehicle.

His words: “I came back yesterday about 10 minutes earlier and I sent my driver to go and buy something. Shortly after that, we began to hear terrifying gunshots in front of the gate.

“It was when the assailants trailed the car, thinking that I was inside; they first opened fire at the windscreen, directing it at the front seat where they thought a security man was sitting.

“They shattered the windscreen, shot again at the driver and the bullets miraculously missed his forehead and just scratched his head and the bullets also hit his hand.”

“They also shattered the tyres of the vehicle and riddled the whole vehicle with over 60 bullets. The operation was a very brief one because it lasted for about five minutes.

“The assailants came purposely to eliminate me because within the last few months, I have been receiving threats from various criminal gangs, ordering me to leave Onitsha and Anambra State completely.

“But I told them that nobody can force me out of Onitsha or Anambra State. They probably thought I was inside the car because when they forced the door open, they were asking where is Oga?, before they left.”