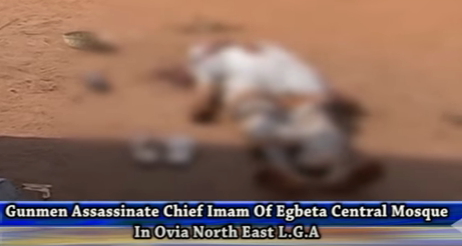 A peacemaker has been murdered in Edo state.

The Chief Imam in charge of Egbeta Central Mosque in Egbeta town was shot dead in the wee hours of Saturday the 4th of March 2017 while heading to the mosque with his two sons.

One of his sons, Mutiu Afolabi said one Bayo shot his father at close range.

The murder of the peace loving Islamic cleric identified as Mallam Saka Afolabi caused tension in Egbeta as residents decried incessant killings in the area. 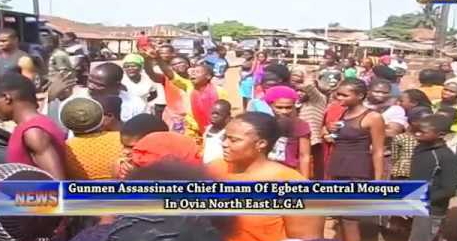 Watch the video report of the murder below: