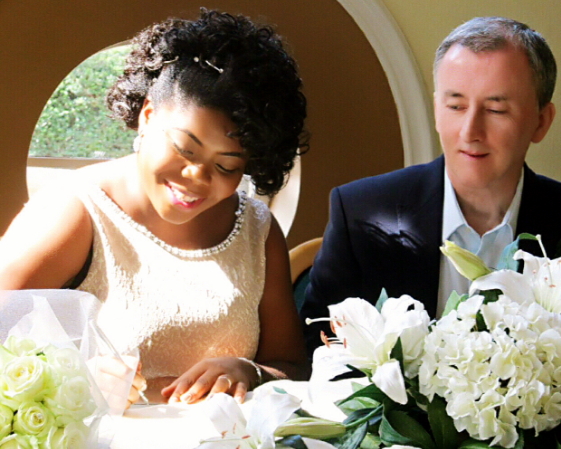 You were seen in a wedding dress in London, and you were thought to be shooting a film. How true is this?

The pictures of me at a wedding in London aren’t from a film shoot and no film crew was present attending either. Yes, I got married August last year.

People thought you stayed too long in London. If the above was you in a real life wedding, is marriage about to make you relocate from Nigeria?

Oh, I went to school and worked in London plus I have family there, so I’ve often stayed for months at a time in the past. Well, as we just got married, my husband and I made the decision to spend the next few months together before we plunge back into our work lives.

I mostly wanted to stay for a while, as he’s not part of the Nollywood entertainment scene. We do our best to balance our lives as a couple. I travel often back and forth London – Lagos anyway so no change there in terms of relocating. 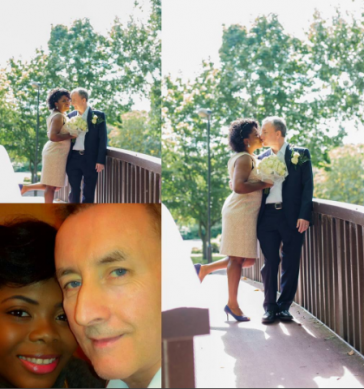 Who is the lucky man and how did you two meet?

I guess you can say we are both very happy and lucky, and in reference to how we met let’s just say my husband found me. His name is Brian Ahern – he is an Irish guy who lives in London – he’s not in the entertainment industry.

Why the choice of an Oyinbo, so to speak?

We think and feel the same way, we never considered any differences. You know, it never even occurred to me. What are the other things that have happened in your life in the last one year that you were away from Nigeria?

We have so much in common – our interests and values, the things we like, nothing else matters. I found someone who loves me and who in turn I love back, that I believe is most important, plus I am not the first, nor will I be the last black Nigerian woman and actress to marry someone who is a different race, or of a different culture.