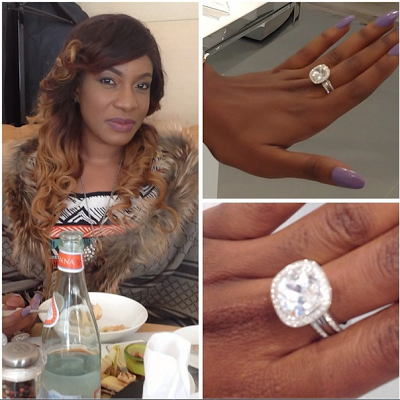 Over 6 months after her divorce success, Nollywood actress Chika Ike has stepped into a new relationship with a non-Nigerian man.

According to unconfirmed reports, the moment of tears star is dating an Indian guy in his mid thirties.

On Saturday, Chika Ike revealed to fans that her new boo gave her a promise ring during lunch.

If this ring is just for friendship, I wonder how huge her engagement ring will be.