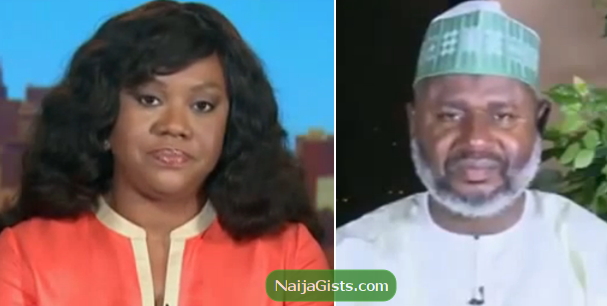 The two notable personalities talked at length on the issue of child marriage that rocked the Nigerian senate few months ago.

In the interview, Senator Yerima claims that he married his 4th wife when she was just 14 yeas of age and she now has a son for him.

He claims he doesn’t see anything wrong in marrying a child.

At this point, Stella Damasus counter-argued. She claims people like the senator who married a child should be prosecuted in Nigeria.

Stella Damasus didn’t make much sense as she appeared overly emotional. She would have done a better job if she’d calmed down a bit.