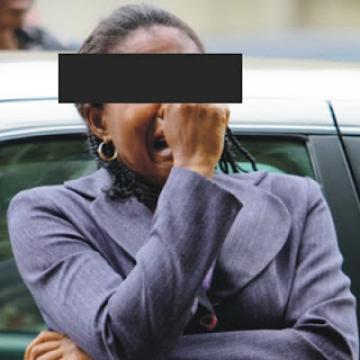 The family of Vincent Amafule, a herbalist from Ozara village in Mbutu, Aboh Mbaise Council Area of Imo State must be blaming themselves for admitting a total stranger who pretended to be a patient into their home. The renowned traditional medicine doctor and his wife are now in quandary over how the yet-to-be-identified patient and his wife who claimed to have come from Bayelsa State for treatment vanished into the thin air with the six-month-old baby of the native doctor.

The family’s nightmare, Sunday Sun, learnt began when one Ifeanyi from Uvuru, a neigbhouring community brought two unidentified people, a lady and a man said to have come from Bayelsa where he resides to Mr Amafule for treatment. The said Ifeanyi who is also at large was himself once treated by Amafule.

The distraught trado-medical doctor narrated how their ordeal started. “This whole problem started last Sunday morning at about 7:30 am when an old Mercedes Benz 190 model drove into my compound and I saw Ifeanyi who is from Uvuru, our neigbhouring village with a man and a woman who I had thought was the wife. Ifeanyi told me that he had brought them to me because the woman had been suffering from fibroid and needed treatment. He said they would be spending a week for the duration of the treatment. I welcomed them because as a trado–medical doctor, I have been treating women with similar problems.

“I prepared one of the rooms in my house for the man and his wife to sleep and my wife also prepared food for them to eat and it never crossed my mind that the people were planning to steal my little baby girl.

“The following day, I commenced the fibroid treatment for the woman. In the evening, while my wife was preparing dinner in the kitchen, I was inside my room preparing another dose for the woman. My other daughter of six years was with her little sister, Esther in front of the house.

“Later my older daughter ran in to inform my wife that the strange woman said she wants to help her carry Esther. When my wife came out, the strange woman and my six-month old daughter had disappeared into the night. It was later that I discovered that the car they came in was no longer parked in the compound and I suspected that the man must have rolled the car out into the street because I did not hear any sound. It was then it dawned on me that the man and woman who claimed to be a couple were actually baby thieves. At this point, I raised the alarm.”

Amafule told Sunday Sun that when his supposed patients made away with his little daughter, he tried to contact Ifeanyi who brought them from Bayelsa through his cellphone but discovered that the number does not exist. He also disclosed that on inquiry, he learnt that Ifeanyi’s mother lives in Aba, in Abia State, while he resides in Bayelsa State.

Corroborating her husband’s story, Mrs Geraldine Amafule said amidst sobs that she never knew that the man and the woman who came for treatment only used that as a ploy to steal her six-month-old daughter from her.

“When they came here last Sunday morning with Ifeanyi who said that he recommended my husband to them for treatment, we did not suspect any thing because many people come here for the treatment of fibroid, acute malaria and even typhoid. Ifeanyi who brought the couple here was treated by my husband. The man who claimed to be the husband of the woman and speaks Igbo told my husband that his wife has fibroid and that he wants him to treat her and that they would spend a week for the treatment before going back to Bayelsa where they reside.

The distraught mother further lamented: “That Sunday night, I gave them food and my husband gave them one of the rooms to sleep in, but on Monday night while I was preparing dinner in the kitchen at the backyard, I asked my older daughter to look after Esther because they were in the front of the house. Later my older daughter came to inform me that the woman wants to help carry Esther. But before I came out in front of the house, both the woman and my daughter had disappeared.”

When Sunday Sun visited Amafule, sympathizers were trooping into his compound to console the family. One of them who simply identified himself as Stephen told our reporter that it was unbelievable that people who claimed to come for treatment turned out to be child thieves.

Sunday Sun also gathered that this was not the first time such a strange incident would be happening in Mbutu Mbaise community as a similar took place in Amawo Mbutu about three years ago when two unidentified men on a motor bike snatched a three-month-old baby boy from her sister by the roadside, as the mother was weeding the farm. Sunday Sun learnt that the incident had been reported at the Lagwa Police station.