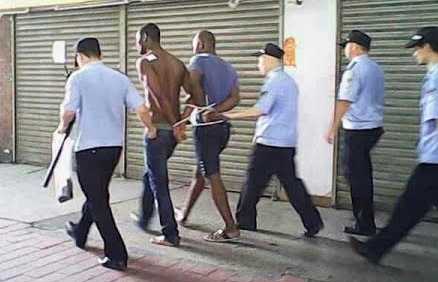 May 17, 2017 – 6000 Nigerians Jailed In Prisons In China Forced To Donate Blood Every 3 Months, NGO Calls FG For Intervention

The MD of an NGO named Black African Re-orientation & Development Organization has called on the Federal Government of Nigeria to help in securing the release of over 6000 Nigerian citizens suffering in different prisons in China.

Mr Nkem Anyata Lafia made this urgent call for help during a peaceful protest to raise awareness on the plight of African prisoners suffering in Chinese prison.

He added that the prisoners are forced to donate blood against their wish every 3 months.

Here are his words on the plight of Nigerians languishing in Chinese Prisons. 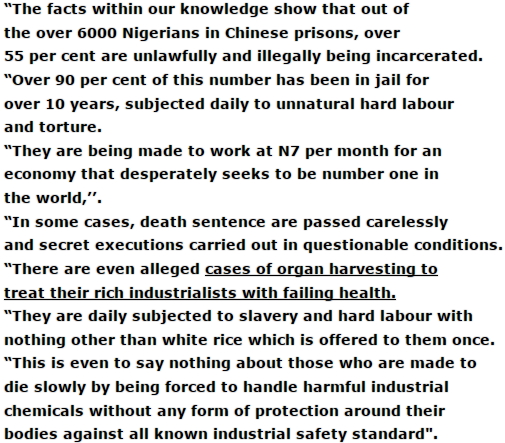