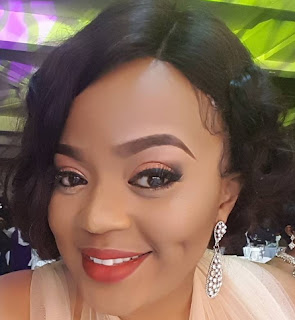 The producer of ‘Hire A Man’, Chinney Love Eze is working round the clock to get the words of her new movie out.

Months after her hit movie ‘Hire A Man’ shook the box office, the actress is out with a new movie expected to hit the cinema in February of next year.

To further promote the movie titled ‘June’, the actress has been giving away freebies via her official Instagram page with a condition that winners will be tasked with the responsibility of promoting her new movie. Sadly, most of them disappears after collecting her reebies.

Here is how she expressed her concern on her IG page. 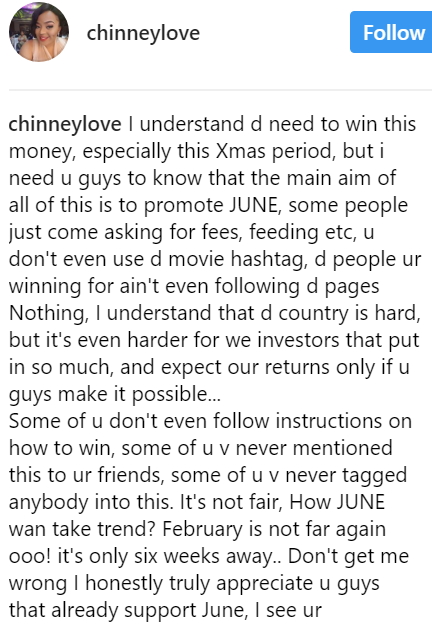 Nothing goes for nothing… Na so life be.