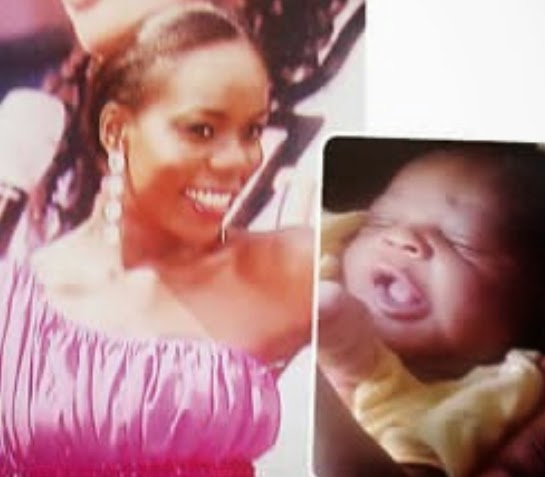 Vivian Ndukwu, a member of an undisclosed Christ Embassy Church in Lagos who got impregnated by a pastor at the church has died.

28-year-old Vivian left her parents house when she found out she was pregnant to give birth in Ogun state.

Her family has demanded that the pastor marry their dead daughter because of the baby.

As at the time of this report, 29-year-old Pastor Hillary (lastname withheld) is in police detention. He was accused by the family to have had a secret romantic relationship with the deceased, who was a choir member in the church.

It was said that in order to avoid scandals, the couple decided to keep the relationship a secret. The secret romance continued until Vivian became pregnant.

When it became obvious that they could no longer keep the pregnancy a secret, Vivian was said to have agreed with Hillary that she should relocate to Agbara town in Ogun State to stay with a woman who had an orphanage.

Vivian allegedly told her parents that she was going to Abuja. She stayed at the orphanage until she was delivered of a baby girl on May 3, 2014.

It was learnt that eight days after the delivery of the baby, Vivian was taken to a hospital after she complained of fever and headache.

She eventually died, while her remains had been taken to the Badagry General Hospital morgue.

The owner of the orphanage, Mrs. Grace Kato, however, claimed that Vivian never stayed at her place.

She said, “Vivian called me three days after the birth of her baby. She said she wanted me to help her with the hospital bills, that she was stranded in the hospital. Out of compassion, I went to the hospital to help.”

She admitted that she took Vivian home after delivery to rest at her place for two days before returning to her parents.

She added that Vivian, however, ended up staying at her place for five days before she died.

She said, “I brought her to my house to rest for a day or two before taking her to her parents. In the process, I had to travel for my uncle’s burial. That was why she stayed that long because she was waiting for me to return. I came back on Saturday night, May 10, and the next day, she complained of a slight headache and we took her to another hospital nearby. That was where she died.”

The hospital where Vivian was said to have died, claimed that she was rushed to the hospital unstable and restless.

According to a doctor in the hospital, the people on duty stabilised her condition and referred her to a general hospital.

The source, who preferred to remain anonymous, said, “She was brought in on May 11, at about 1.20pm, unstable and restless. The story was that her complaint started that morning. Her blood pressure was also high. Being that we were not in possession of her past medical records, we acted based on clinical situation and referred her to a general hospital.

“The people that brought her left and so there was no one to take her to where she had been referred to hours after stabilising her condition. Several calls to the number they gave us were replied with one story or the other. At some point, the lady started gasping, and eventually died. It was not until the following day that they came to pick up her remains.”

The father of the deceased, Emmanuel Ndukwu, told our correspondent on the telephone that the orphanage founder had agreed with her late daughter to take custody of the child after delivery without the consent of the family.

He said he and his wife knew nothing about the pregnancy, adding that his daughter left his house and told the family that she was going to Abuja.

He said, “After telling us that she was going to Abuja, we did not hear from her until her death. But we later learnt that Grace (orphanage owner) and her husband had organised a naming ceremony for the new baby without informing us.

Emmanuel said he was not aware of the relationship between the pastor and his daughter until the sad incident.

He said, “My family and the pastor’s family have met and we agreed that Hillary will perform all the marriage rites for my late daughter according to the tradition of our people. We are doing this because a child is involved. The pastor did not deny his responsibility, so the normal thing must be done.”

The state Police Public Relations Officer, Ngozi Braide, confirmed Vivian’s death and added that the matter was still under investigation.

She said, “The matter is under investigation at the Homicide Section of the SCID. The police is not aware of any negotiation between the two families.”

This is very sad!… Hilary has no option than to marry his secret lover who is now dead.

May Vivian’s soul rest in peace.