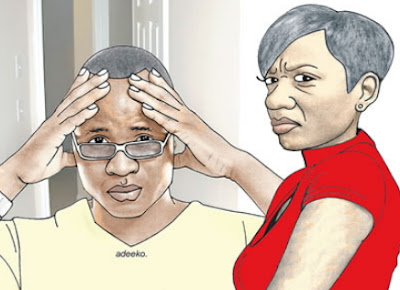 A Customary court in Ado-Ekiti Customary today dissolved the 21-year marriage between one Bosede Sheidu and her husband, Lamidi.

39-year-old Bosede had filed for divorce alleging threat to her life and her husband’s lack of care for his family.

She further stated that her husband was engaging in fetish practices and steals.

The petitioner, a kolanut seller who resides at No, 37, Oke Orimi st., Ado-Ekiti, told the court that the respondent never paid her dowry before they started co-habiting.

Bosede also told the court that the union of 21 years had produced six children.

The petitioner informed the court that while three of her children are all female and already married, the fourth child lives with a relation of the respondent ‎in Kogi.

She also told the court that the respondent often threatened her with charms and usually stole her money‎.

Bosede pleaded with the court to grant her custody of their eight-year-old child, pledging to send him back to school.

She also urged the court to compel the respondent to provide a monthly upkeep allowance of N5,000 for the child.

But Lamidi, a vulcanizer, and resident of 22, Shelterview Estate, Ado-Ekiti, denied the allegations.

The respondent told the court that he took good care of the children before their mother brought them back to Ado-Ekiti.

“Since ‎I relocated to Ado-Ekiti, life had been very difficult,” he said.

The respondent, however, vowed not to release the child to the petitioner, promising to send him to school.
” I won’t allow my children to see her, anyone of them that leaves my house to visit their mother will not live with me again.

“I am a Christian; I forgive people but I won’t forgive her, she is free to go her separate way,” he said.‎

The President of the court, Mr. Joseph Ogunsemi, after hearing from both parties, stated that the marriage had broken down irretrievably and consequently dissolved the marriage.

He awarded the custody of the last child to the respondent for proper upbringing and care.

Ogunsemi held that the respondent would be responsible for the upkeep and education of the last child and another one aged 10 years.

The court president, however, warned the respondent against restricting the petitioner’s access to her children.

Continue Reading
You may also like...
Related Topics:forgive, man, wife