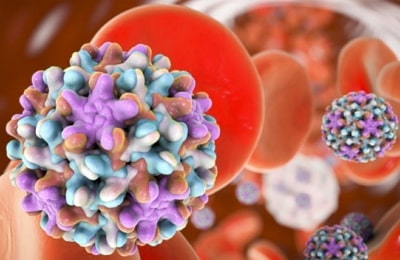 Chronic Hepatitis B Virus Is more Infectious Than HIV, It Has No Cure – Medical Expert

Kumo stated this in a paper entitled “Face to Face with Hepatitis B: Cost and Burden”, presented at a public lecture organised by Kashim Ibrahim Fellows (KIF) in Kaduna on Thursday.

The consultant, who expressed concern that not many people have knowledge about the disease, added that multitude of patients were not identified early enough and managed.

He explained that the virus could be transmitted through contact with blood and body fluid, adding that it could infect nearly everyone that came into contact with anyone suffering from it through sharp objects and open wounds.

According to him, there is no known cure for chronic HBV, stressing that prevention remains the best option.

He added that “but to prevent, people must first know their status so that if they are negative, they can be vaccinated, which gives up to 95 per cent prevention.

“And those who tested positive can begin treatment and managing the virus to avoid its spread.”

Saleh said in his lecture on “Hepatitis B: Finding the Missing Millions”, that not much would be achieved if infected persons were not located and placed on treatment.

He noted that “HBV has been silently ravaging the country’s population. There is need for prevention through awareness, community sensitisation and scaling-up of screening services.”

Gov Nasir El-Rufa’i of Kaduna State commended KIF for organising the lecture, saying that the efforts would give people living with HBV a voice and raise the needed awareness on prevention.

El-Rufa’i, who was represented by his Deputy, Dr Hadiza Balarabe, said HBV had been neglected for long, overlooked by governments and misunderstood by the public.

“I commend KIF for supporting our government to draw attention to the scourge of the virus and ways to treat, manage and prevent its spread.

“Each activity we undertook takes us a step further toward eliminating the virus in our communities and raising awareness is a crucial window to treatment, management and prevention.

“Active collaboration is central toward eliminating HBV, as such, we all have a part to play and dedicating a whole week to create awareness and draw attention of stakeholders is truly a great step.”

The governor explained that the one-year KIF programme was initiated by Kaduna State Government to improve the capacity of young people and build a new crop of leaders for efficient public service in the country.

He said his administration would continue to provide opportunities for the youth to excel through people-oriented policies and programmes.

One of the KFI fellow, Michael Medubi, explained that the public lecture was part of a five-day KIF community service to educate and sensitise people on HBV.

Medubi said that the fellow had on Monday sensitised, counselled and provided testing services to students and staff of Kaduna Polytechnic and on Tuesday, trained 120 hairdressers and barbers on best practices.

Continue Reading
You may also like...
Related Topics:chronic, hepatitis b, infection, virus