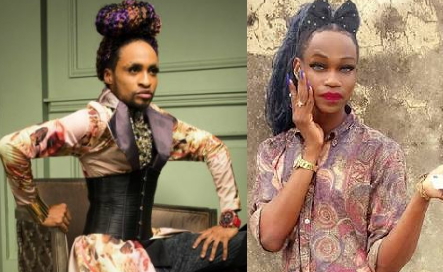 Some Abuja residents today expressed surprise by the rise in the number and societal acceptance of cross-dressed men across the country.

Cross-dressers are people who wear clothing typical of the opposite sex; in this case however, popular among men who dress as women.

NAN reports that police officials made various arrests of young men who have allegedly defrauded wealthy men in Lagos, Zamfara, Rivers and Abuja by presenting themselves as women.

Some of the residents who spoke to NAN said that it was astonishing how young Nigerians seem to be accepting the idea of cross-dressing.

Joy Nduka, a makeup artist, said that she was surprised by the fact that more Nigerians were aaccepting the idea of cross-dressing.

“I first heard of this concept in Nigeria last year when it was in the news that some men dressed like women to dupe rich men they met at bars and hotels. 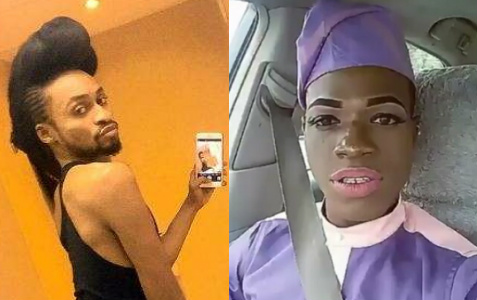 “I found it a bit funny at first that some men could be easily deceived in that manner by their fellow men.

“It shows the trend is gradually being accepted among Nigerians,’’ she said.

Victor Itamunoala, a marketer, said “We have always had popular TV personality, Denrele Edun, who remain a controversial figure because of his cross-dressing fashion.

“His fashion concept has always had a hint of feminism in it be it with makeup, hairstyles, high shoes and more.

“Nigerians were against his fashion but these days, many people seem to support him and he has inspired more men to dress that way.

“We have gradually seen a number of Nigerian social media personalities become popular for being cross-dressers and the most popular one today is the man that calls himself the `Snapchat queen’, Bobrisky.

“Bobrisky, originally known as Okuneye Idris, has gradually become a celebrity by acting and dressing as a woman.

“We all watched him transform from a dark skinned man to a light skinned woman who now travels the world and gets paid in pounds and dollars by Nigerian fans who take pictures with him.

“This is insane and appalling, especially as all these famous cross-dressers claim to have connections among politicians.

“The next thing we will see is same sex marriage being legalised in Nigeria, this is how such things start’’ he said.

Another resident, Ndidi John said that the trend was catching on among youths because of the influence of foreign movies.

“You cannot eliminate the role of social media, foreign films and now Nigerian celebrities that engaged in cross dressing on the youths.

“But I personally believe that most of them will grow out of it as the advance in age and become less rebellious,” she said.ives, most of you will miss out.”is being politicized.

Today, most of them that never worked with the Buhari-led government are using this as an opportunity to fight the Federal Government. Call those people to order. It’s not far-fetched who these people are. Some of them are busy visiting Kanu’s house and encouraging him. Those people should make a rethink, because they are not doing this nation any good.”