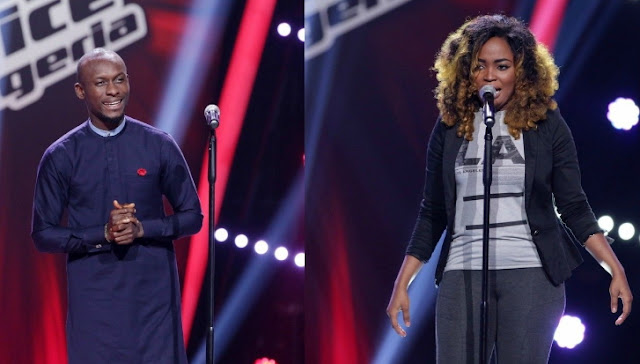 With just six slots left to complete a 12-member team for each of the four coaches in the final Blind Audition of Airtel The Voice Nigeria season 2 on Sunday, July 23, 2017, contestants are bracing up to battle one another to make the team.

The last two episodes of the blind audition have seen stiffer competition amongst contestants. And the closing audition promises to be epic.

In a surprise twist, Chukwuemeka Chike-Ezekpeazu, elder brother of The Voice Nigeria Season 1 runner-up, Osebuka aka ‘Chike’ ended episode 5 of the show with a scintillating performance that got social media buzzing. He performed “Sugar” by Maroon 5 which got him two turns and a spot on #TeamPatoranking.

Patoranking made the most picks of the night – opting for studio engineer Ebube Obioma and Emuejevoke Efiokpene as well. Ebube performed “Too Close” by Alex Clare while Emuejevoke sang Coach Timi’s song “The Vow” leaving the coach with only one slot left to complete his 12-member team.

Episode 5 also recorded another talent who got all four coaches to turn. 34-year-old music producer, Chuks Aniebonam aka ‘WOW’ lived up to his name with his performance of Backstreet Boys’ “Shape of my heart”. This makes him the sixth talent to get a 4-Chair turn in the blind audition this season.

Chuks chose #TeamWaje with Efezino who sang “I’m with you” by Avril Lavigne leaving Waje with three slots to complete her team as the blind auditions come to an end this Sunday.

#TeamTimi only added Grace Udoh for her “Be without you” by Mary J. Blige performance making the number of talents on his team ten.

#TeamYemi secured Yimika after her performance of “Ordinary People” by Cobhams Asuquo and added Favour Johnson after her rendition of her song “Kissing” taking her team talents to 10 with space for only two more.

The Voice Nigeria is proudly sponsored by Airtel Nigeria, the smartphone network.