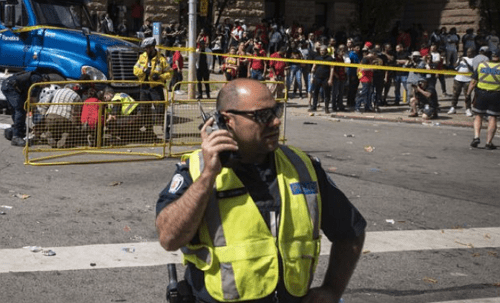 The victory parade that brought many together in Toronto this morning has ended in disaster.

The NBA victory parade was halted around 1pm this afternoon as some suspected gunmen opened fire on participants at Nathan Phillip’s Square.

According to Toronto Police, two suspects are currently in custody.