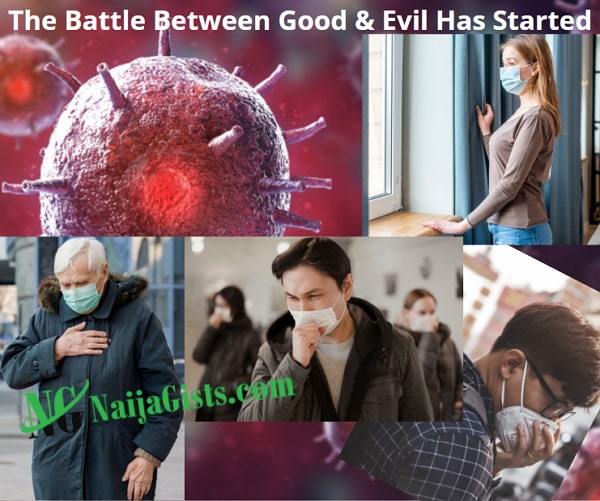 Let me say that those who are waiting for COVID-19 cases in Africa to start counting like stadium gate tally will be disappointed. There is something unmistakably mystical about the pandemic, that only the willfully blind cannot see. It has defied science in the same way it defies common sense. A European friend of mine told me it has something to do with DNA and climate, but there is no proof of this. Nobody is sure of anything, yet.

But this piece was inspired by a short article (that went viral) written by Femi Fani-Kayode last weekend. Had it come from another individual, the said comment, entitled, “The Frightening Conspiracy,” would not have caught my attention. There are a lot of conspiracy theories bandied around the Internet, and one can easily see that most of them enjoy attention and readership because people are bored out of their mind, and would do anything to keep busy.

Fani-Kayode’s first paragraph summarized his thesis, “If people knew what was really unfolding and what Satan, the Illuminati, the champions of globalization and a New World Order like Bill Gates, Elon Musk, Jeff Bezos, George Soros, Warren Buffet, Barack Obama, Jacob Rothschild, Bill and Hilary Clinton, Tony Blair and others are actually doing and hoping to achieve with 5G, the coronavirus chaos and pandemic, the yet-to-be released anti-coronavirus vaccine and Artificial Intelligence, every true Christian and Muslim would join forces, resist it and PRAY (his emphasis) against them!”

From the above, we can deduce that the writer attributes every evil on Earth to the machinations of a few individuals or cabal or Satan, lurking in the dark. It then follows that the Christian and Muslim forces are representative of God, or the good forces. These good forces, or God, is not capable of perpetrating evil.

But the illogicality in this assumption is that the Biblical book of Revelation, where Fani-Kayode’s article ascribes its authority and reference, is a visionary exposition of the war between God’s forces and the evil forces of the so-called Anti-Christ. And in any war, there is no good or bad, everything is about winning.

According to Revelation and mainstream eschatology, God goes down to the gutter and plays dirty at the same level with the Devil himself. They literally haul grenades at each other; they brag and banter in typical military braggadocio; they kill each other’s human agents. They spill human blood. Indeed, both of them lose men, women, and children. Comets hit the earth, earthquakes swallow whole cities, viral diseases eat up the flesh of innocent people, climatic aberrations become fast-tracked and the weather goes on a tailspin. Angels laugh in glee; demons swear in pain. Nobody surrenders. God and Satan are too proud to bow. So, they meet at the final standoff: Armageddon.

Going by the fact that the Biblical version is, obviously, biased against the Anti-Christ, we should not be in a hurry to accept the war report therein. According to Christian eschatology, God wins. But could it be that the prophetic report is rigged against the other side in order to gain a psychological victory even before the war started? What if there is an alternative eschatological report that is being hidden from Earth people, simply because the present controllers of the religious narrative are pro-God?

Is it not baffling that whenever “evil of the end-time” is mentioned, the Satan is pointed at as the culprit; whereas the real story of the end-time is about an all-out war between God and the Devil. Well, armchair eschatologists like Fani-Kayode could argue that his own version mentioned “the Rapture”, whereby the faithful must have left the Earth before the actual kill-or-be-killed confrontation would commence.

To be fair to him, he wrote the following: “The good news is that their coming master, the Anti-Christ, will NOT rise to power on earth until AFTER what is known as the “rapture” in Christian circles takes place. This means that no matter what happens, ultimately, every true believer shall be “raptured” and escape the evil that is coming and leave the rest of the world to face it. It is at that time that pure and unadulterated evil shall take over the entire world and there will be no force left on earth to counter or restrain it until the return of the Messiah at the battle of Armageddon.”

But the problem with the above eschatological doctrine is that it is not universal. To be sure, Christian eschatology has several interpretations in as many schools of thoughts. The Pentecostal/Evangelical class, from where Fani-Kayode finds his authority, has what is known as the Dispensationalist Theology. According to this narrative, Jesus Christ and His Angels would come “in the clouds” and take the “true” believers, just before evil is unleashed on Earth in a seven-year period known as Jacob’s Trouble.

However, many other Christian eschatologists disagree with this story line. Mainstream denominations like Roman Catholic, Presbyterian, Anglican, Baptist, Methodist, African Episcopal, among many others, are not on the same page with the Rapture-believers. This goes to show that when the “true believers” among the Pentecostals are zapped off the Earth and whisked to the sky-bound vehicle (a UFO?) of the Christ, there would still be many other Christians here, waiting for the ultimate clash between God and the Devil.

Yet, there is no consensus among Christians regarding the number of years the war would last. This is important, because there is a universal agreement that the Battle of Armageddon would only come as a grand finale to the bloody good-versus-evil Apocalyptic chain of events.

Now, this is where coronavirus comes in. Excluding the Pentecostal doctrine which claims that the battle has not already begun, I daresay that the Apocalypse is here. It is only for the hubris of humans – who want to think for God – that we would hear so-called men of God declare that COVID19 did not emanate from the Almighty. The other day, one of such popular Nigerian pastors was on Channels TV saying that it can only be the Devil who had cast such a fearful plague on humans. Another popular, but comic, man of God even declared that he would teach “coro” that it was a nonentity. Both of them forgot that the word plague originates from the Bible, when God himself boastfully threw it up like a magician from His arsenal of “woes” against the then Empire of Egypt.

I know that some Christians would say that it was only in the Old Testament; but I am sure the eschatological book of Revelation is in the New Testament. It is only a defeated mind that would plan on leaving Earth when the resources are available to make it a paradise. Africans are presently at the bottom of the pyramid of global development because we cannot think for ourselves – our saints and sinners are given to us by religion-inspired conspiracies and superstitions.

Indeed, the battle between good and evil has started. Satan had already thrown some punches – think HIV/AIDS, Ebola, maternal mortality, malaria, polio, Lassa fever – and God is now retaliating with his own jabs. The Bible tells us that when these supernatural forces are fighting, it is the people on Earth that would be suffering the pain; the same way grass suffers when two elephants fight. That is exactly what is happening today. We are the grass; COVID-19 is the heavy, choking thump from the air. I hope we shall be alive to praise the winner!.