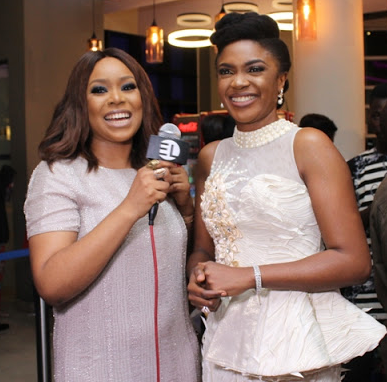 A judge in Lagos today removed the ban on Okafor’s Law, a movie produced by actress Omoni Oboli.

The talented producer and director was granted permission to go ahead with the scheduled release of her movie tomorrow.

Justice Ibrahim Buba gave this ruling in a Federal High Court sitting in Ikoyi today after considering the arguments of the plaintiff (Raconteur Productions) and the defendants (Omoni Oboli, Dioni Visions Entertainment and FilmOne Distribution).

The judge, in doing this, removed the interim injunction stopping the release of the film as filed by Raconteur Productions. He said that the film can be released as planned into Nigerian cinemas tomorrow, Friday, March 31, 2017 but that the parties involved should choose a date for continuation of the hearing between April 3 and 4, 2017.

This definitely comes as good news to Omoni Oboli and her people as she had yesterday presented, through Oluwatomi Adeoye – the Project Manager of Dioni Visions, a counter-affidavit in which it was argued that an estimated five hundred million (500m) Naira which she had planned to realise would be lost if the film was not released as planned.

Oboli was absent in court today, just like yesterday, and her representatives declined to make any comments to TNS after the ruling.

Jude Idada was present and the case involving him and Oboli will begin formal hearing on April 6, 2017. It will be recalled that Oboli had been accused of stealingIdada’s intellectual copyright for the controversial film, Okafor’s Law.