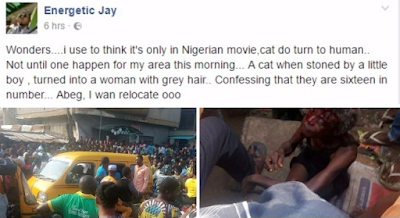 March 30, 2017 – Story Of Cat That Turned Into A Woman In Lagos After Being Stoned By Boy Is A Hoax

The story of a cat that turned into a woman in Lagos today is a lie.

It was made  up by a very energetic liar on Facebook who was trying to catch the attention of everyone.

Earlier today, Facebook user @ Energetic Jay told his friend, a cat that was stoned by a boy in front of Sunderland hotel in Orile Lagos suddenly turned into a woman.

He later removed the fake photos he shared after his friends accused him of lying.

One of the commentators on the photo earlier shared by Energetic Jay (Real name Justin Oko) said the alleged witch is a mad woman. 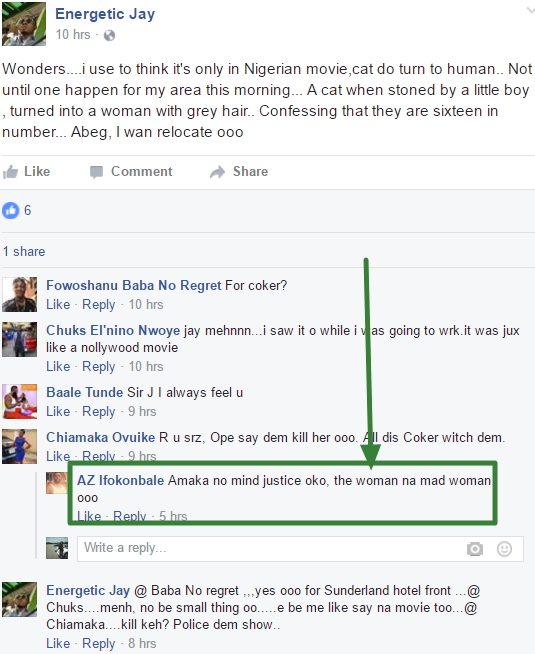 Here is what another commentator said 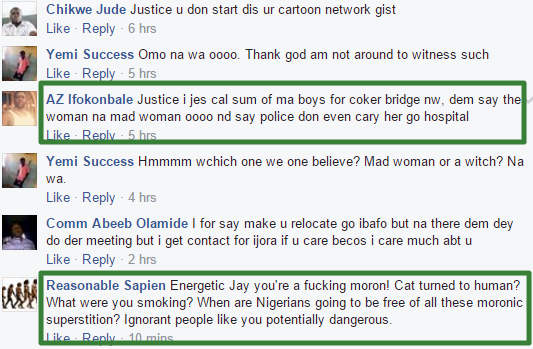 He  has since removed the photos which went viral on the social media earlier today. 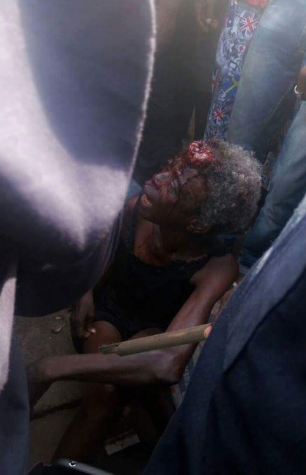 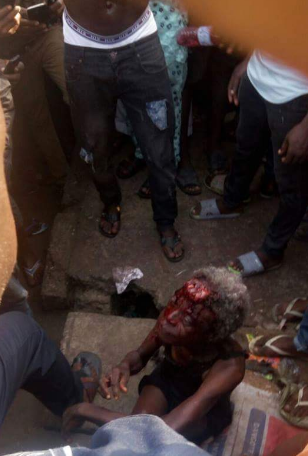 Please do not believe everything you read on the social media….